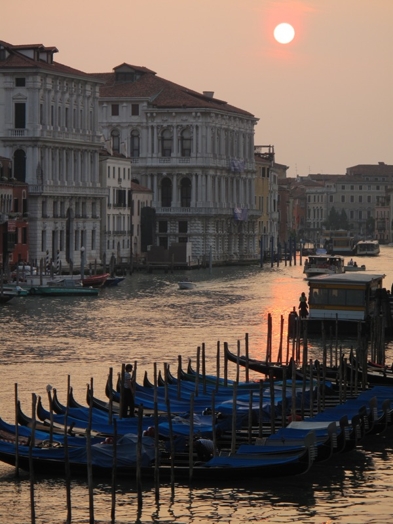 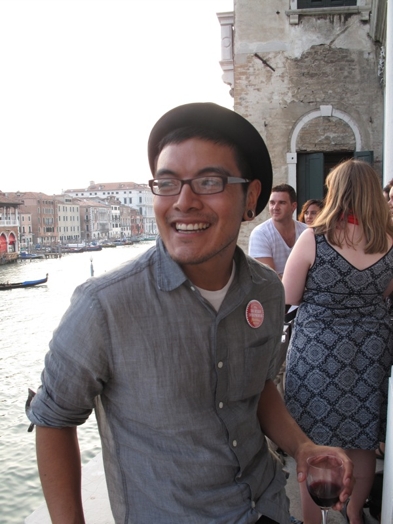 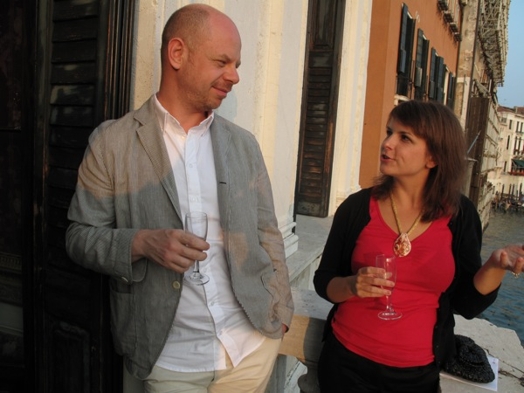 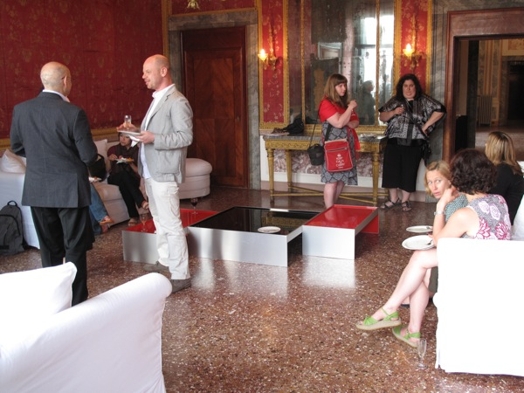 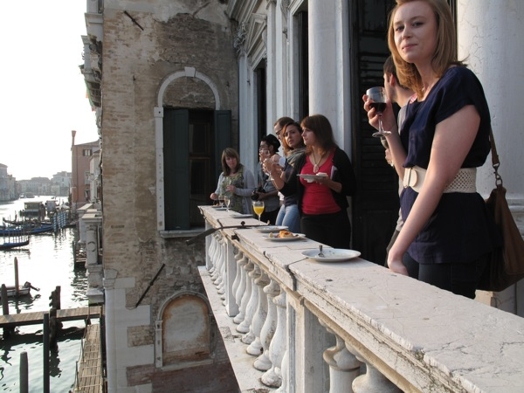 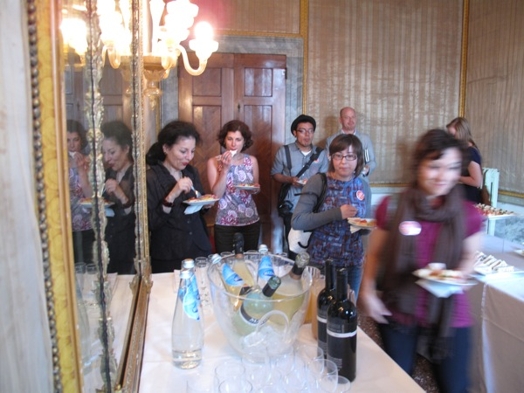 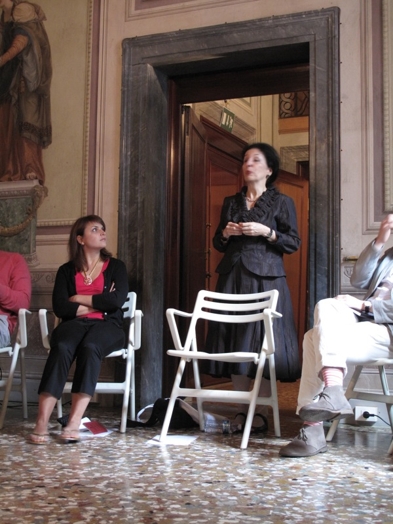 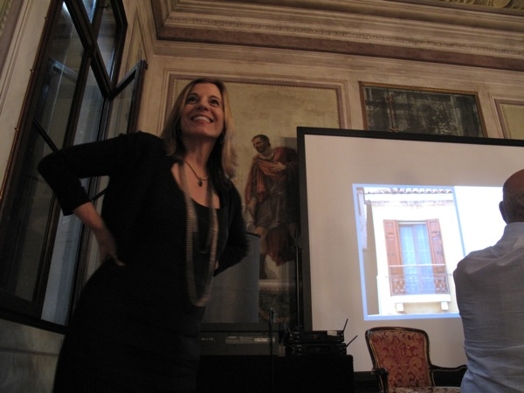 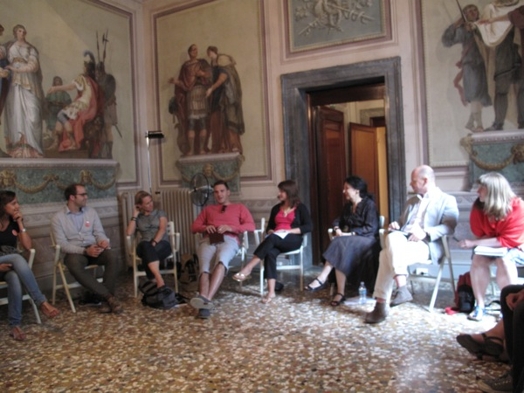 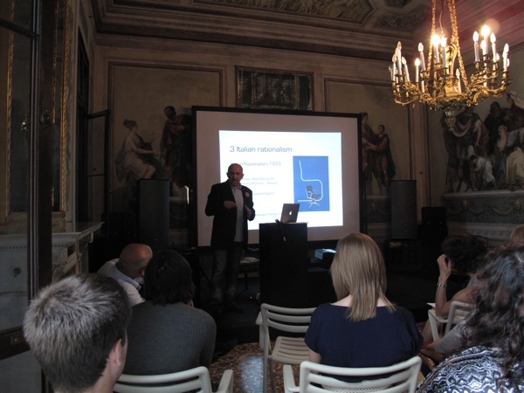 The day has come, the night has gone and the first session of SVA’s 2010 Masters Workshop in Venice and Rome is under way. Fifteen participants learned the drill of what’s in store during the intensive Venetian days and nights ahead. After a talk on Italian design by Carlo Branzaglia of the Academy of Fine Arts, Bologna, Lita Talarico and Steven Heller, co-chairs, showed guide books produced in Louise Fili’s class from last year. Louise set the guidelines for her forthcoming classes; Esther Ro-Scofield reviewed the surround; and then a catered affair took place over the sun set on the Grand Canal.