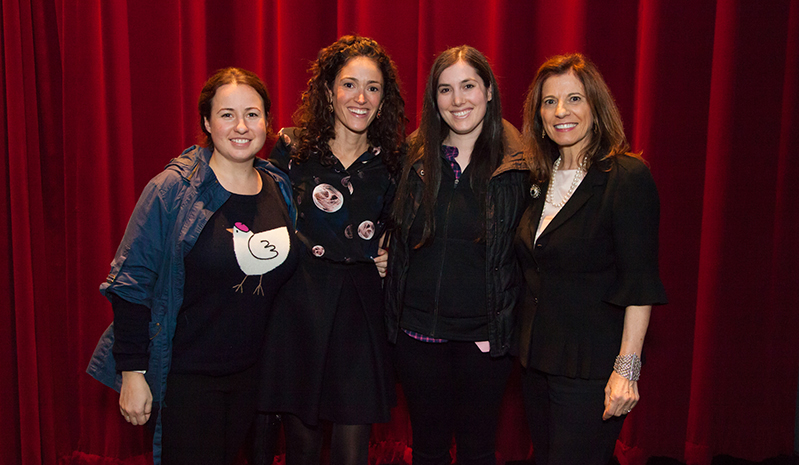 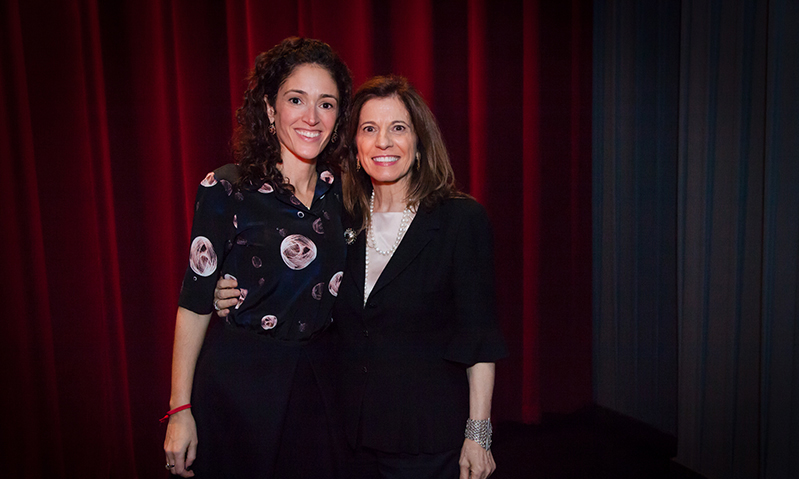 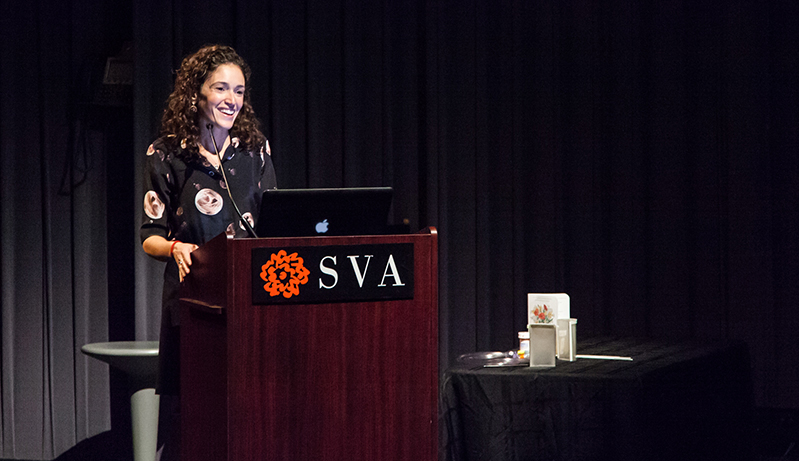 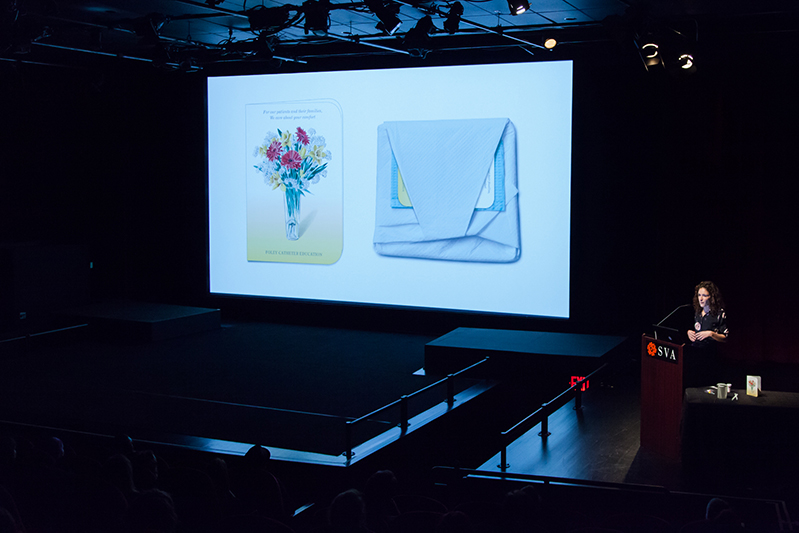 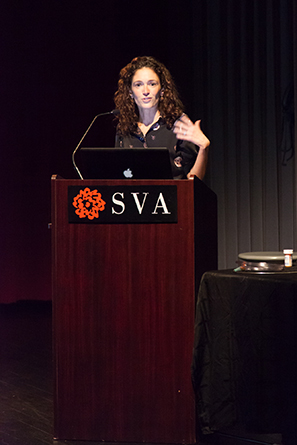 With catheter in hand, Deborah Adler (MFAD ’02), the honored alumni speaker for 2013, spoke passionately and enthusiastically about the inroads she is currently making in healthcare design. She was introduced by co-chair Lita Talarico (comments below) and joined by alumna Jenny Rozbruch (MFAD ’13) and Joanna Kuczek (MFAD ’12).

During that time she took on a thesis project that was monumental.
Her objective was to redesign the prescription medicine labeling system and container.

It was a momentous decision. What began as a very challenging thesis turned into a path that would drive Deborah’s future career as a designer.

While working on SafeRx, which is what the thesis was called, Deborah had the conviction that she could actually change an entrenched and tragically flawed system.  But she wasn’t sure who would be willing to make the leap with her.  Was it going to be the FDA or the Pharmacists Association or the government?  She remained undaunted.  She adjusted her pitch and presentation to accommodate any and all of the above.  Deborah also knew this would not happen immediately and realistically allowed up to 4 years to get it off the ground.

As it turned out, after much networking and determination –- I remember Deborah went to visit an organization in Washington before school was even finished — she sold her concept to a major corporation.  The rest is history.  Not only did she transform her thesis into ClearRx, she became a design consultant to Target, was featured in a commercial that aired during the SuperBowl (the first time I ever saw a graphic designer in a TV commercial), was given an unprecedented  solo exhibition at the SVA gallery, as well as winning almost every major design award that year. And if that wasn’t enough, the bottle became part of the Museum of Modern Art’s permanent collection.  Within a very short period of time this prescription medicine bottle became a graphic icon.

Since then we have watched Deborah from the sidelines, as we do with all our MFA Design alums.  We saw her set up shop and collaborate with Milton Glaser, witnessed her becoming a mom and moulding her career so that she could not only do both, but also turn the inspiration she received from her children into her work.

Deborah is an award winning designer, who is widely recognized as someone who makes a difference in this very competitive landscape.

Her goal is to make people’s lives safer but believes that it doesn’t have to compromise the design.

It is a well known fact that good design is good for business but it can also make peoples’ lives better and safer.  Deborah has started her own business venture to do just that.

It is with great joy that I introduce Deborah Adler.