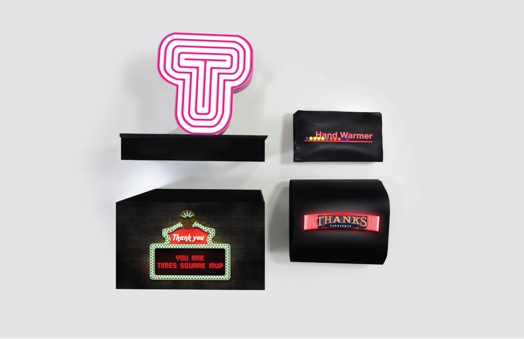 Jung Min Kim (MFAD ’13) warmed the hearts and some extremities too of New York sanitation workers for her Stefan Sagmeister project.

“Times Square produces quite a lot more amount of trash than any other districts in New York City,” she says. “I wanted to express my appreciation to the sanitation workers at Times Square with my trophy.

This trophy is also a box that contains a set of hand-warmers and ear-warmer for them who have to work in the cold in order to keep Times Square clean. I designed the trophy to most represent Times Square by following the pre-existing signature sign of Times Square.”