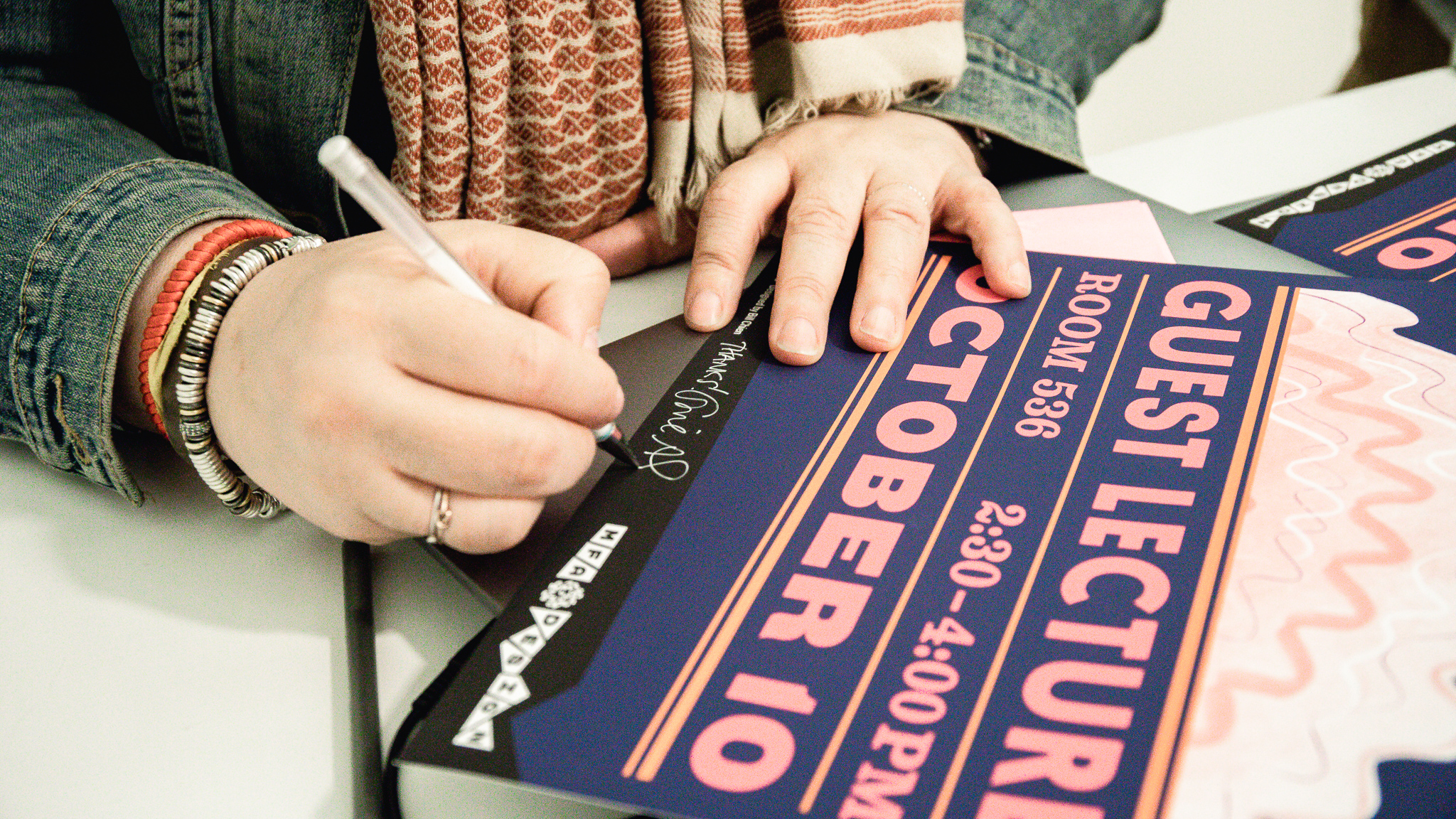 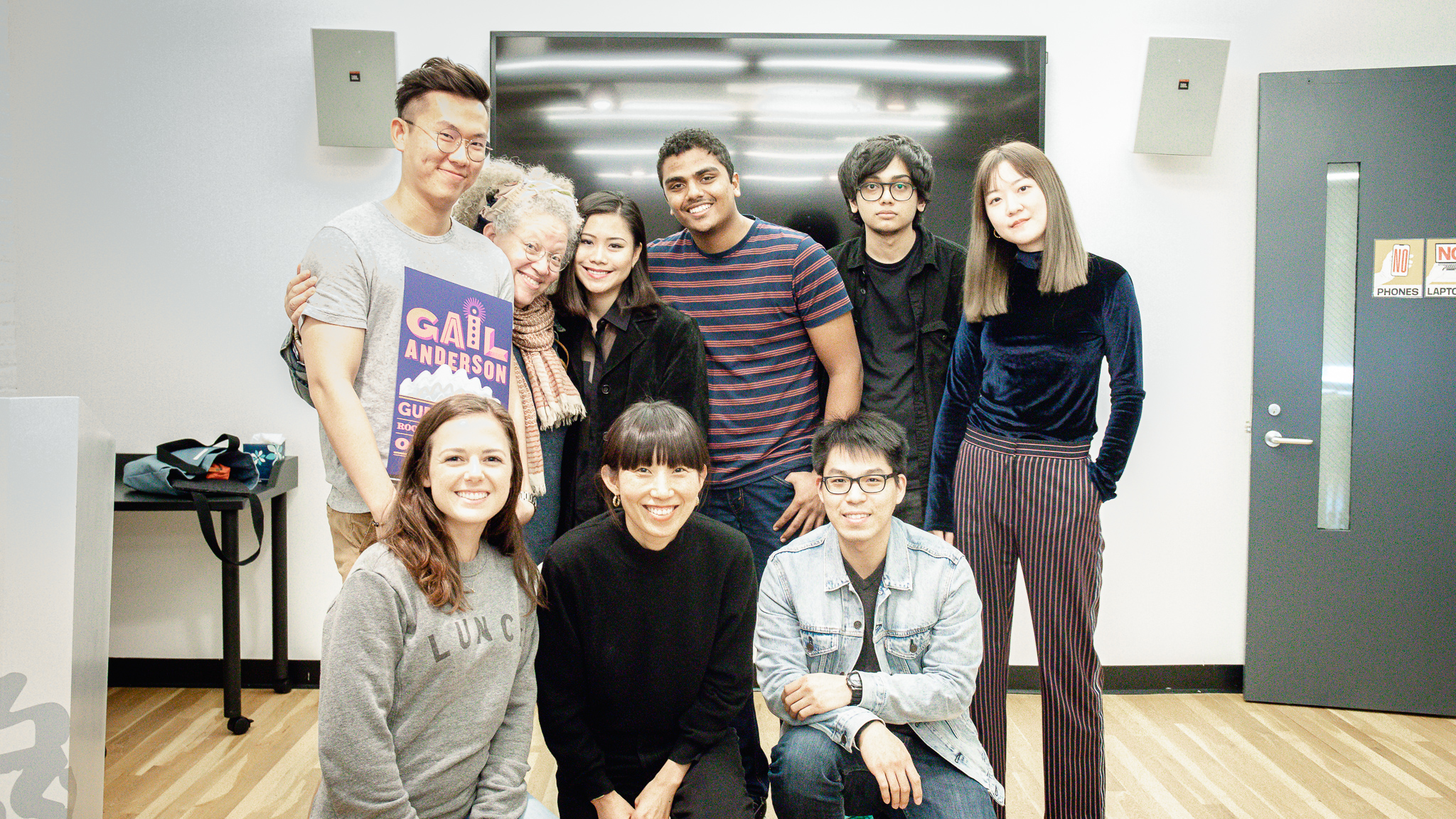 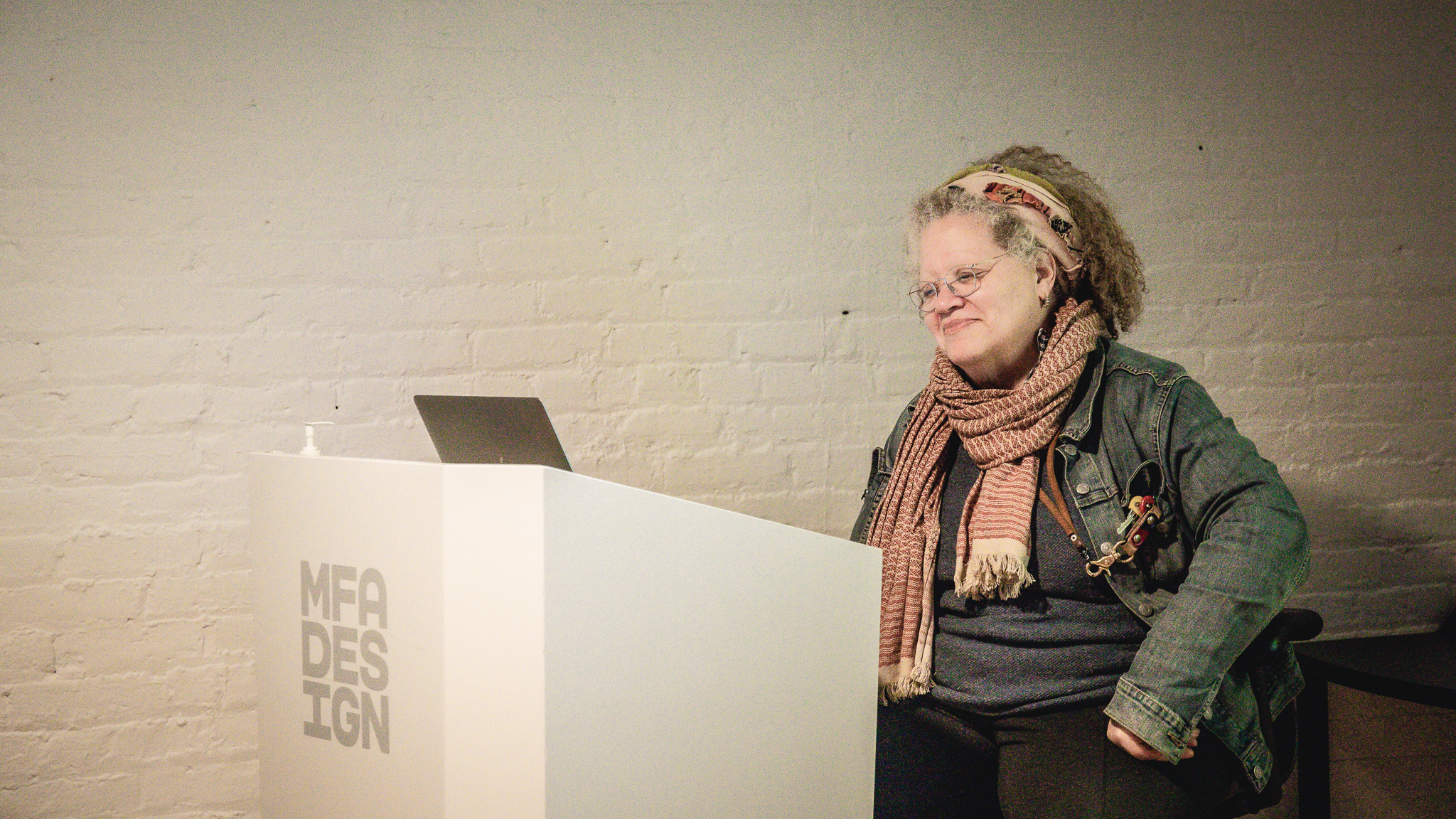 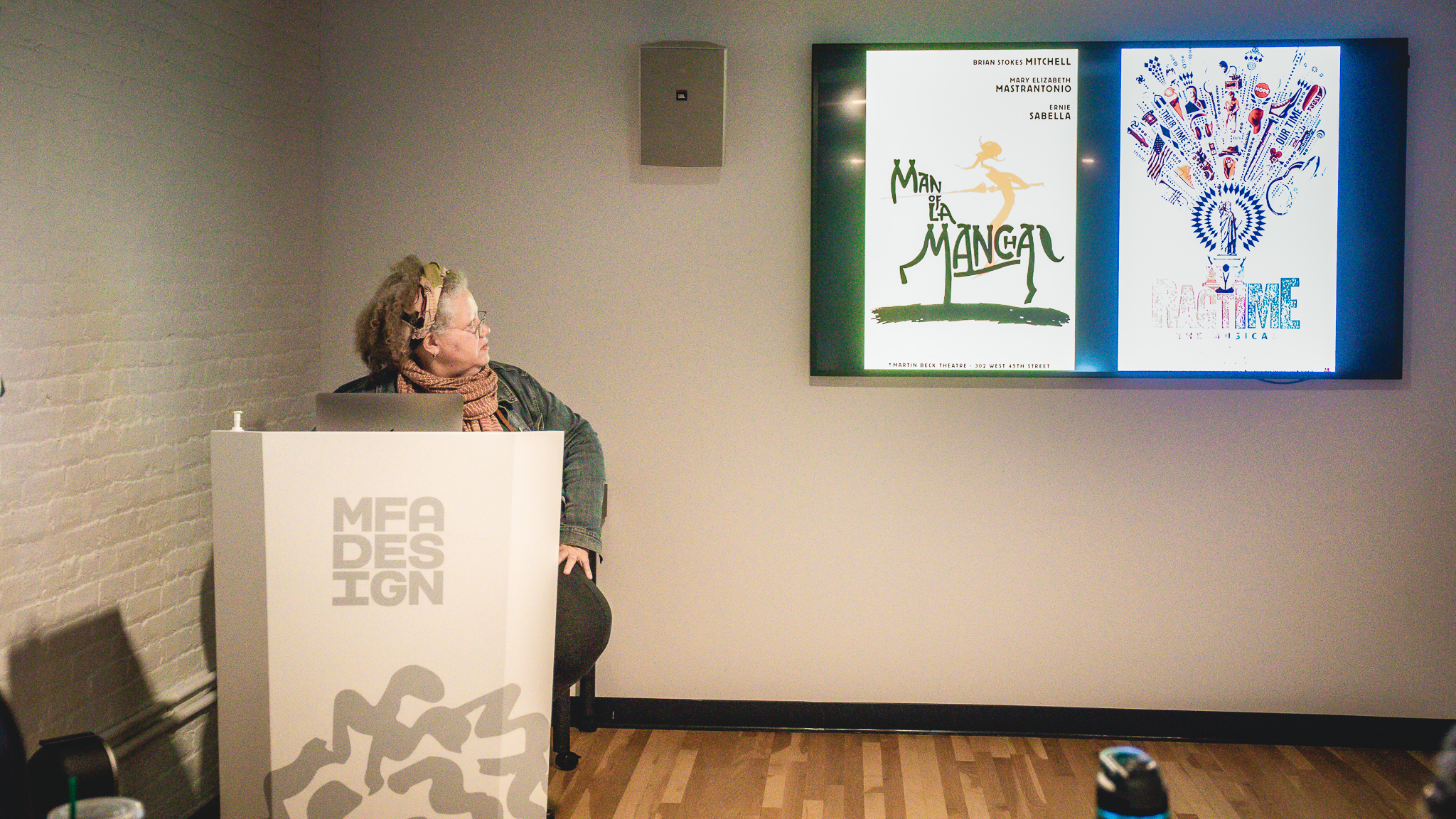 On October 10th, SVA MFA students were given the privilege of listening to design legend Gail Anderson.

Gail is most famous for her iconic Rolling Stone spreads and is currently Creative Director of SVA as well as chair of the SVA BFA graphic design program. Gail herself graduated from SVA. Many current faculty members are her former classmates.

Gail started the talk with a brief history of her childhood. She grew up in the Bronx to Jamaican parents. Her first piece of inspiration came from her childhood picture book The Magic Castle. She also listed: the Archie Comics, the Bible and Sixteen magazine as her early design inspirations. Her early (pre-SVA) design work included a scrapbook dedicated to The Jackson 5.

Gail later worked with the legendary Art Director Fred Woodward at Rolling Stone, where she could combine her interests in pop culture, celebrity and design. Gail then went on to work at Spot Co. where she designed materials for Broadway shows. Her more recent work includes a litany of SVA posters, a commemorative stamp portraying the signing of the emancipation proclamation and an educational project for the Gates Foundation.

Students were struck by her infectious passion for typography and left the talk invigorated about the possibilities of design.