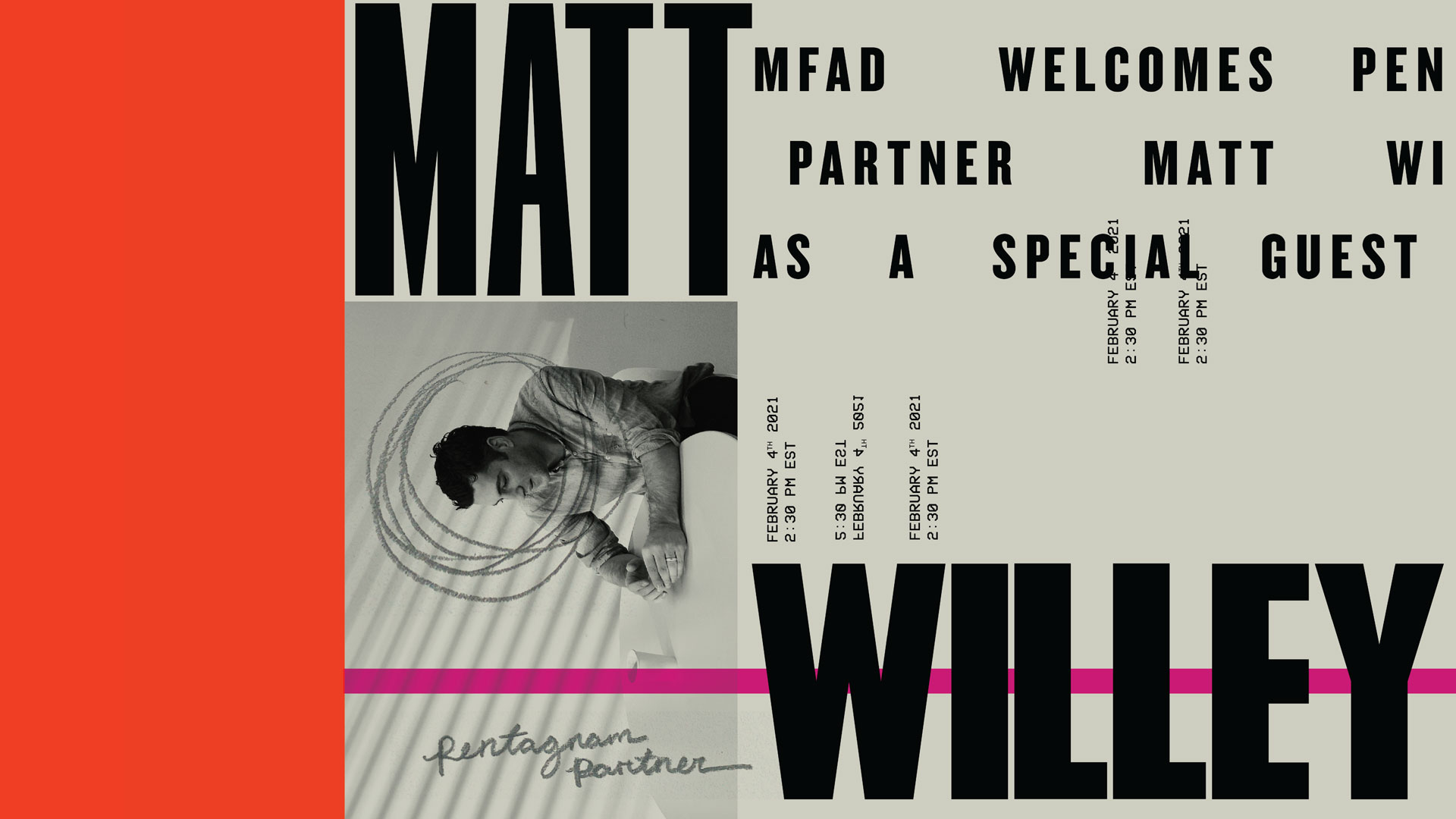 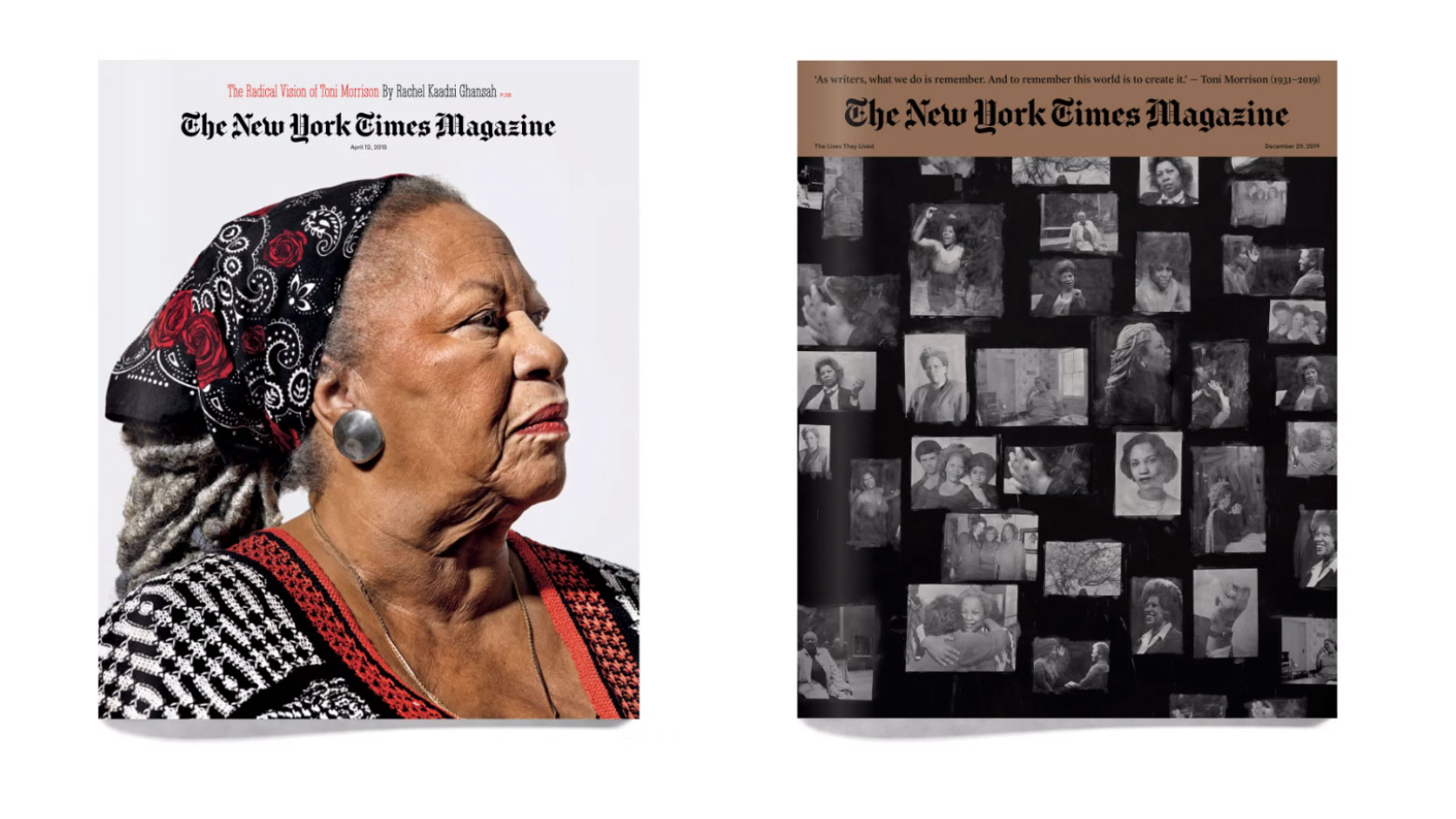 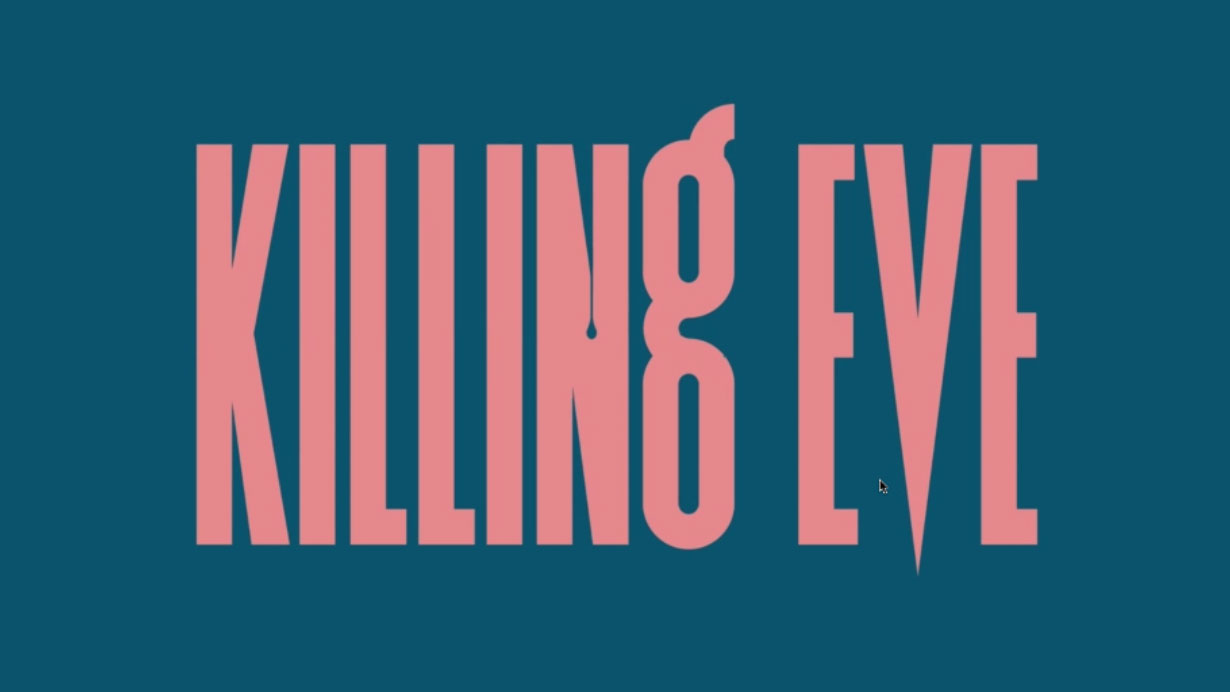 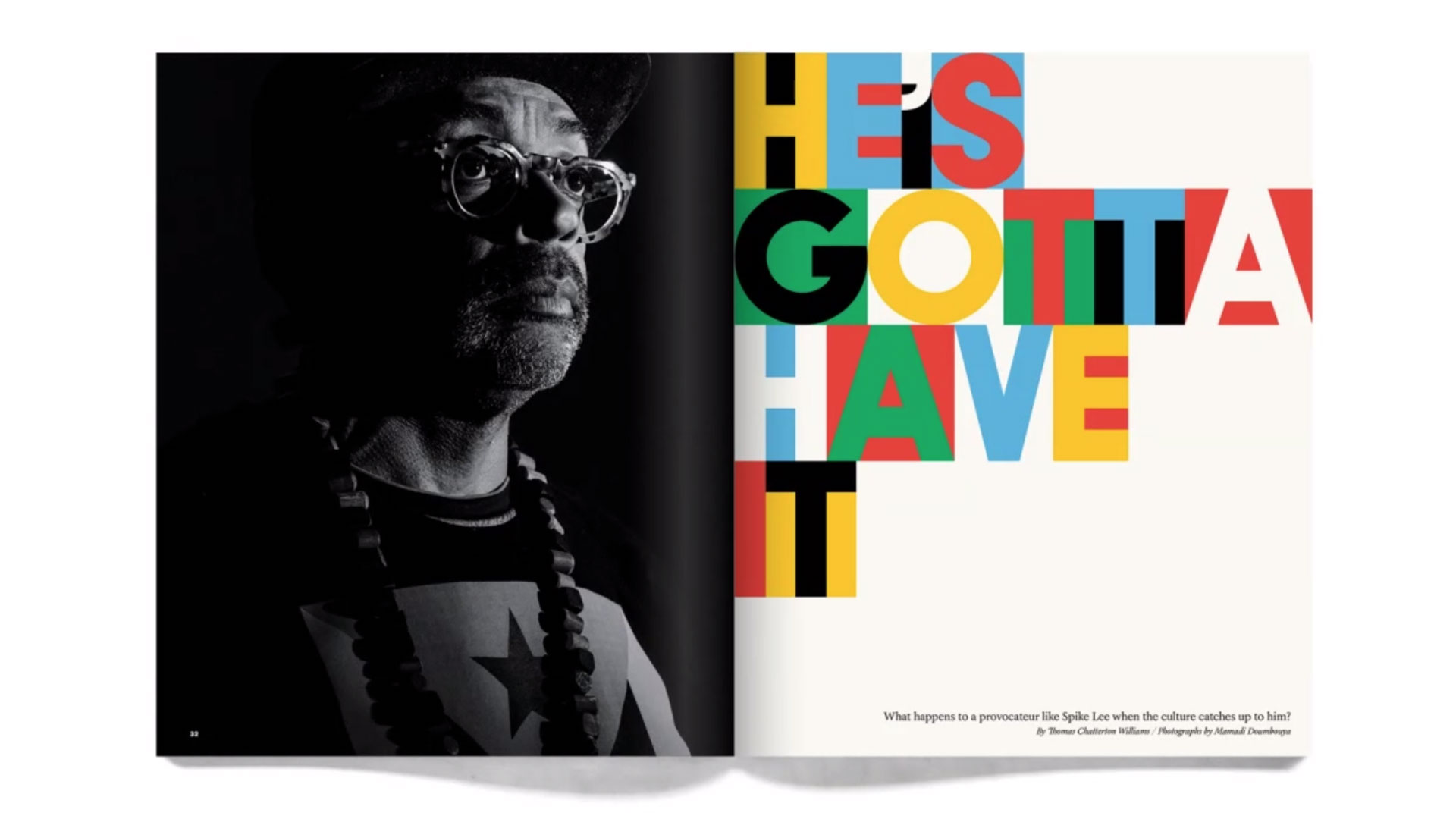 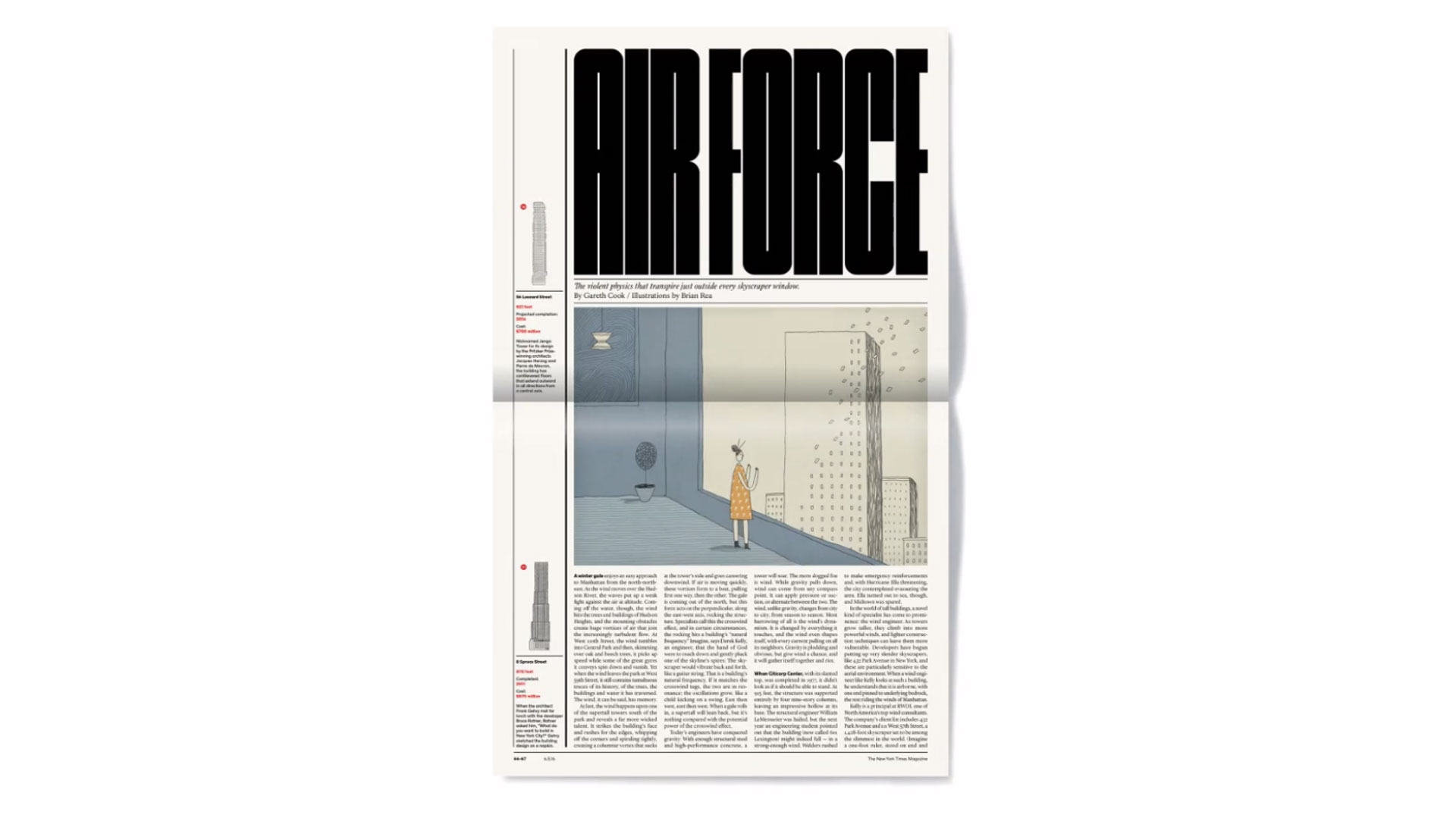 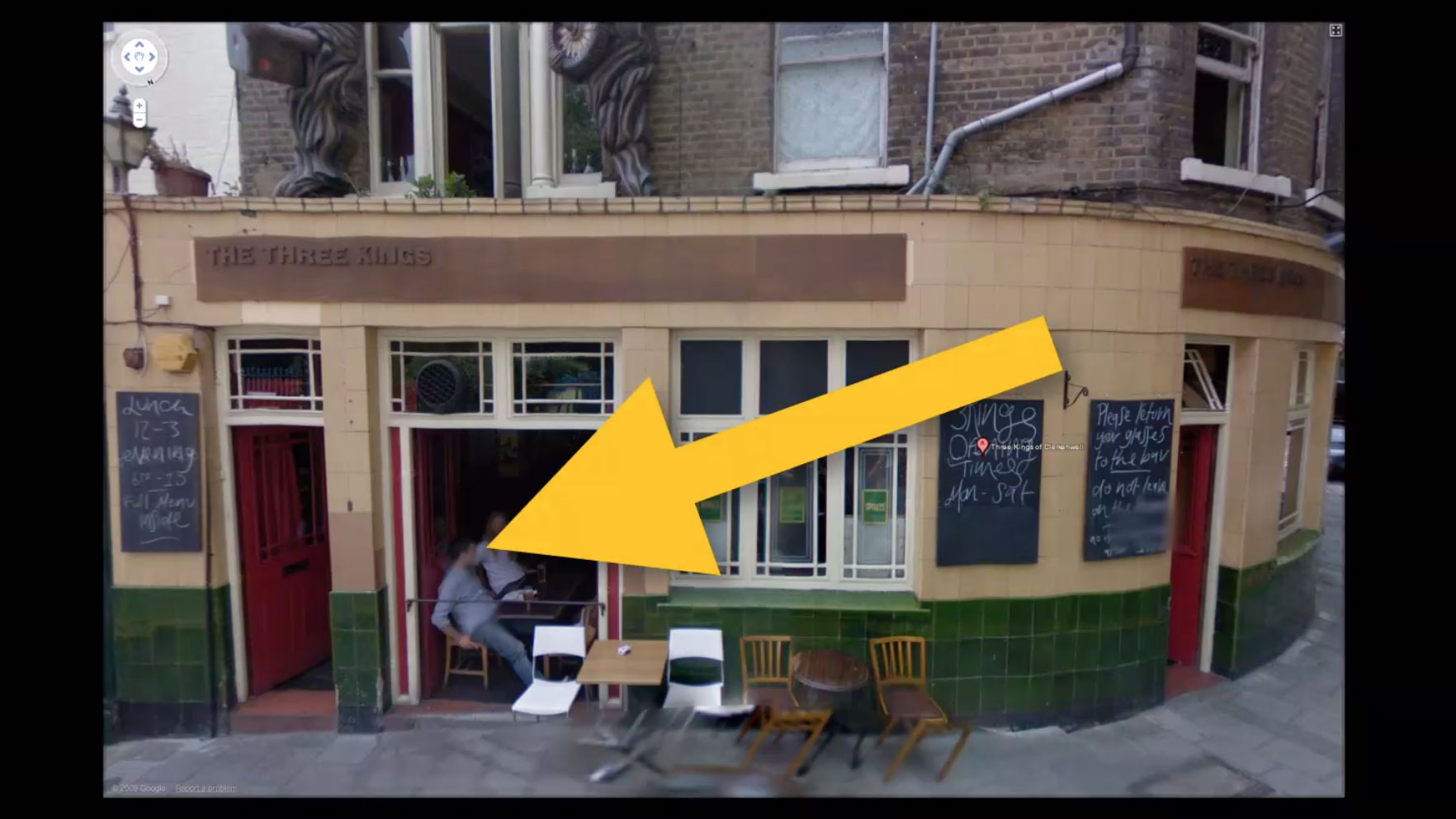 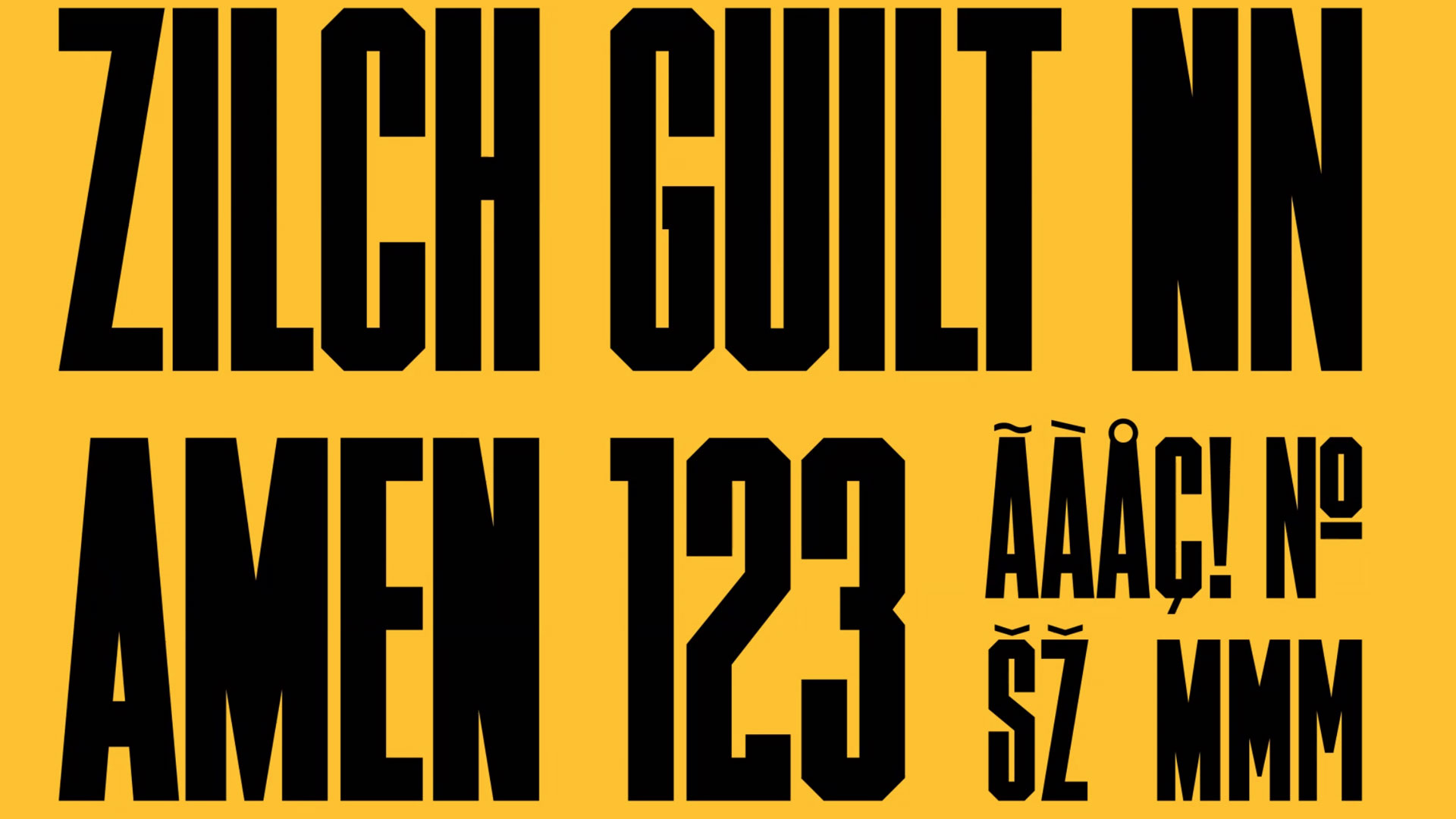 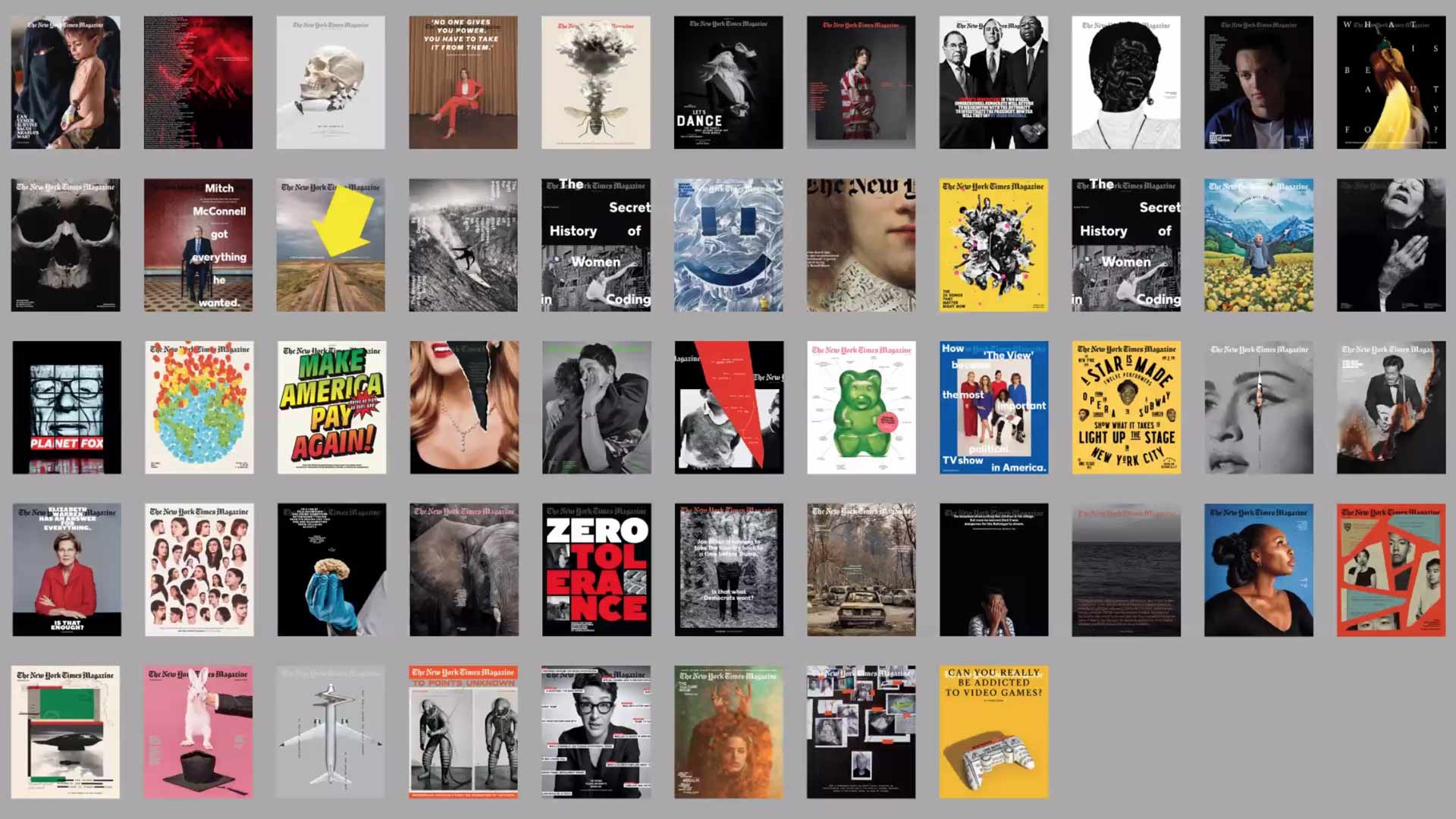 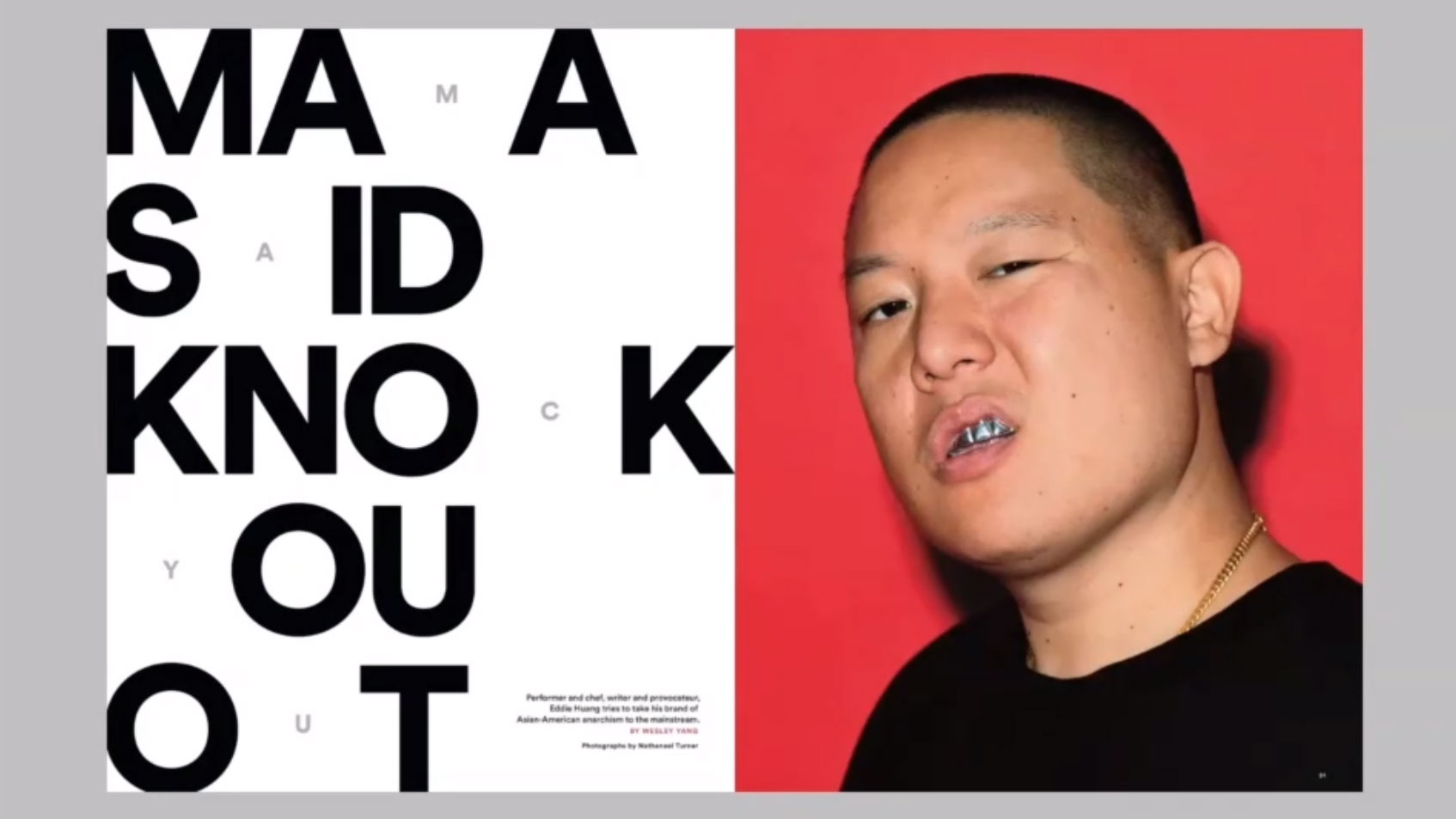 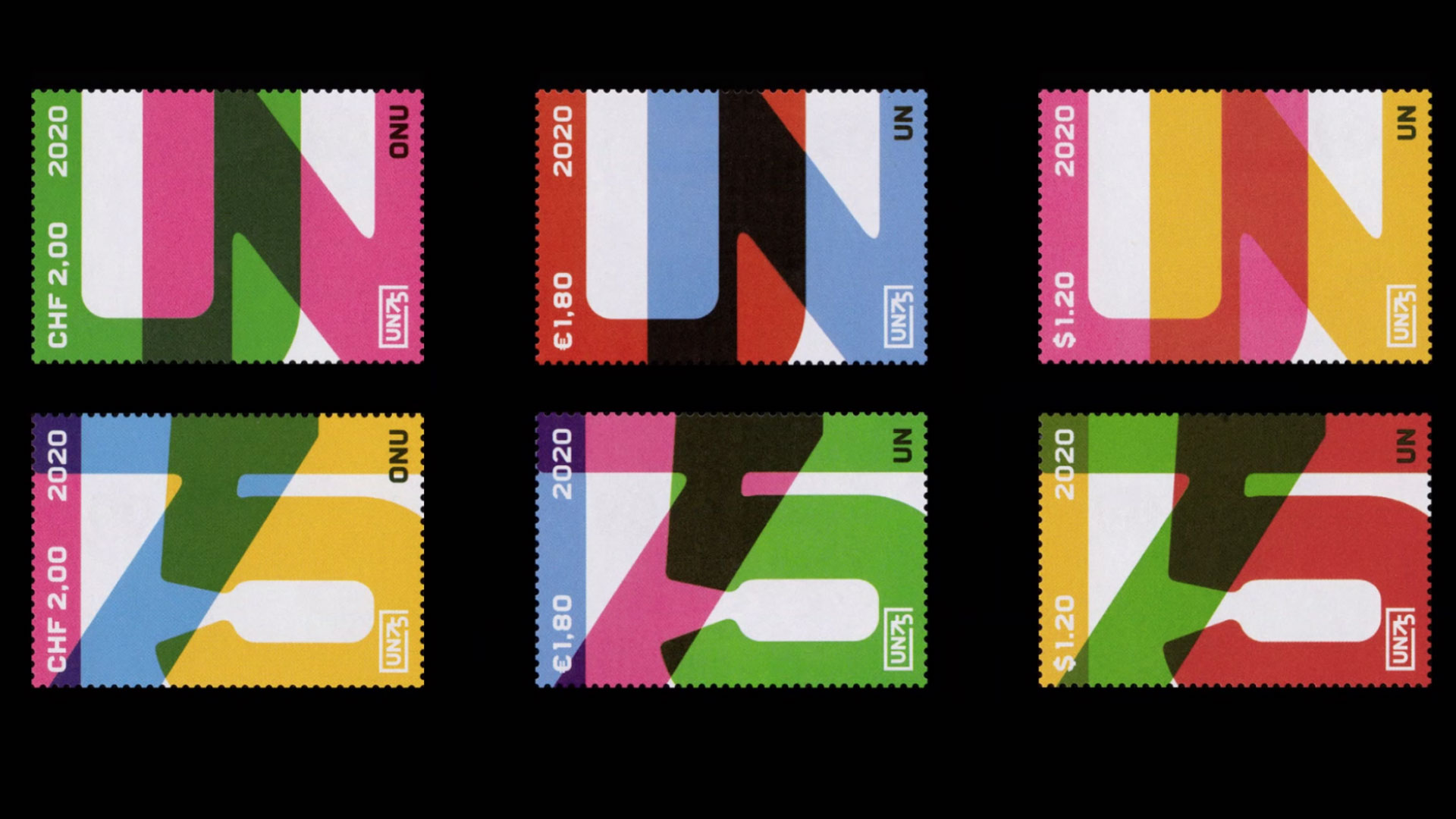 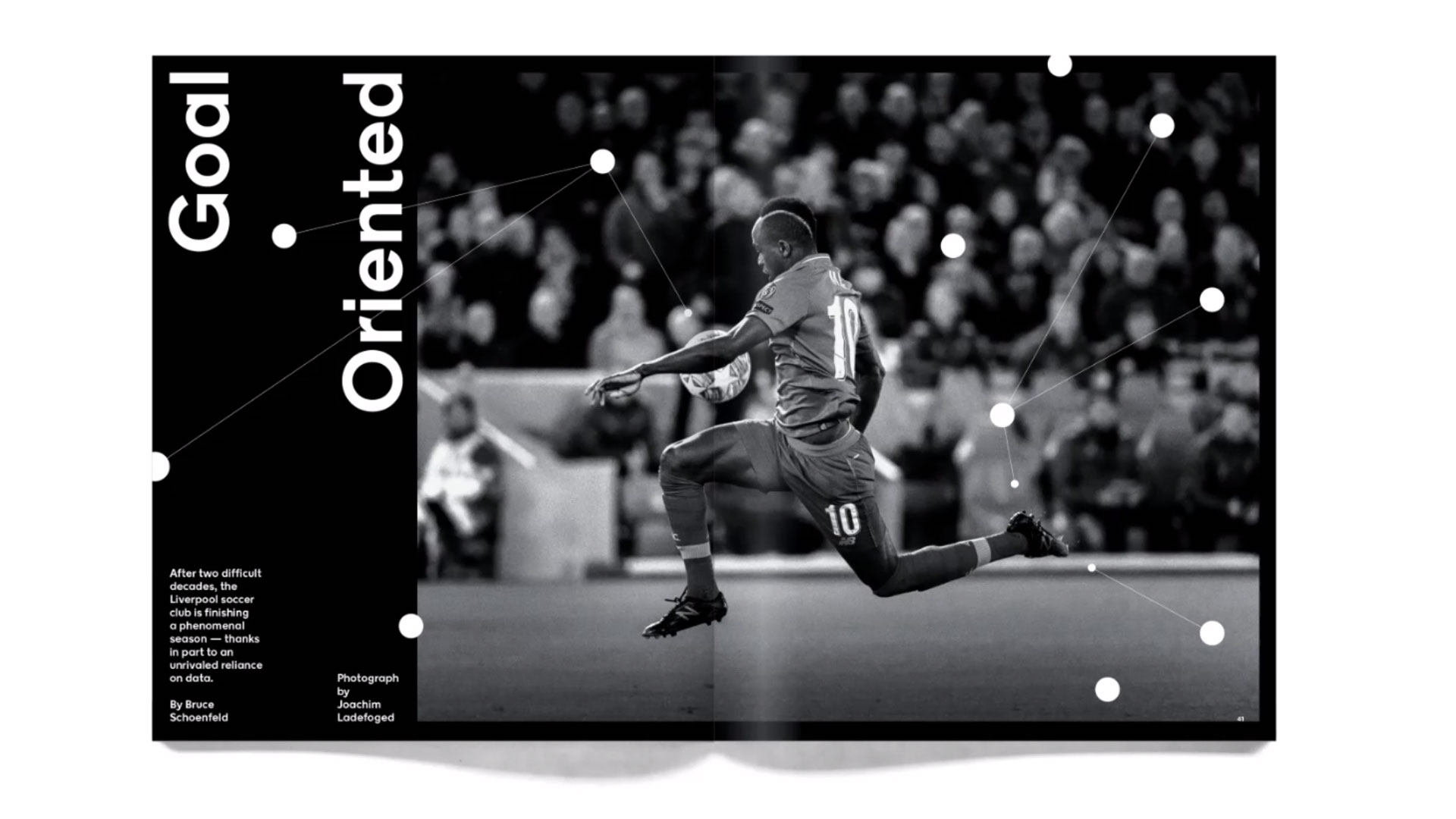 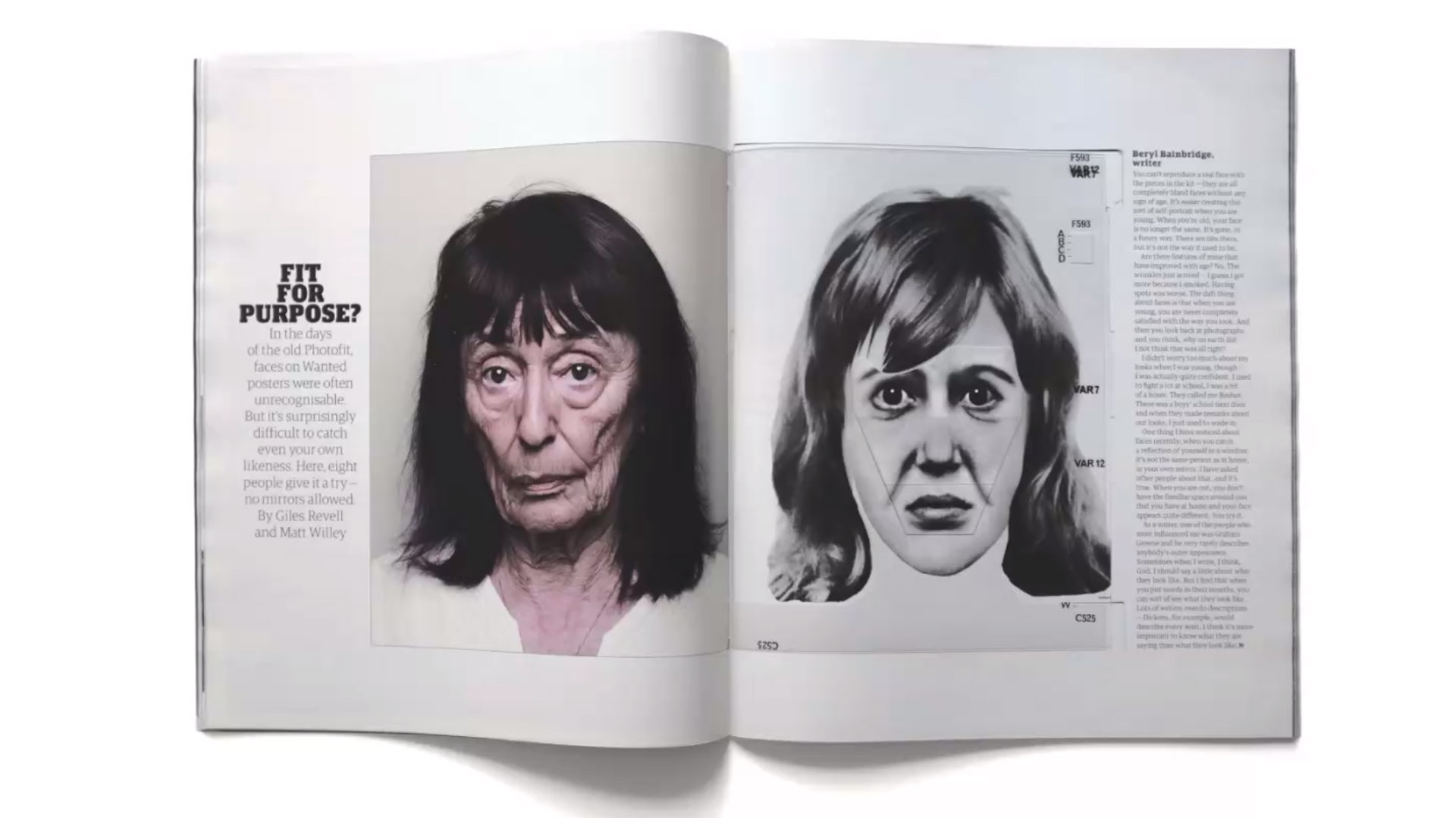 We had the pleasure of speaking with Matt Wiley at this weeks guest lecture and loved every second. Matt is a partner at Pentagram and a lover of all things dealing with magazines. He started his talk by discussing his youth and how he “accidentally” fell into graphic design. He said that is was happenstance that he was studying graphic design, then he got thrown into magazine design as well. These moments seemed to have a profound impact on his career.

He worked on magazines at the beginning of his career and then started a small studio for 6 years. During this time he worked with a lot of interesting clients and diverse projects but seemed to keep coming back to magazines. He said, “Your design portfolio is a self propitiating thing. I never chose to work on magazines but it’s like that.” He spoke about how he’d work on one magazine, a client would see it, and want magazine work done. He gravitates towards magazines because it offers proximity to other worlds. He loves how you get to work with people and subjects that include writing, films, fine arts, illustration, and just different subjects. He said “I like being a small part of something else.” and “design is always in service to something.” I love the idea that design can be for any subject or thing you want, Matt pointed that out well.

He went on to discuss his self initiated projects and started by saying, “I get bored very easily.” He discussed how his “odd” projects could fit into a magazine and loved how magazines can hold peculiar content. Matt and his friend started a magazine called Port while sitting in a local pub. He loved this project because he was able to be extremely expressive and experimental — there was no rules. He designed covers and drew typography for Port. He was able to take risks and design freely. He said, “I Spend an absurd amount of my life just pissing around with type.”

After these endeavors he went to the New York Times where he and his team revamped the design of the NYT Magazine. Here he was able to work on all kinds of different projects and issues. He mentioned that the content he worked with was, “overwhelming and profoundly depressing but extraordinary.” He felt lucky to be working so closely with the brilliant reporters and writers who make sense of it all. He showed us so many epic covers for the magazine and discussed the various ways he was about to execute some of them. His ideas were very ambitious. He once made custom candy in the shape of earth for a cover, as well as had artists and photographers hang out of helicopters to get the perfect cover, having people joke around with him and say, “have you heard of photoshop?” He said, “There’s a value in making things. It’s certainly more fun.” That is very exciting to hear. Sometimes when you get out of the computer and just go “play” you can discover and create things that are more interesting — thanks for proving that to us, Matt.

He discussed the different typefaces he has drawn emphasizing that he is not a typeface designer (Matt is very humble) — I’m on my way to buy all of his typefaces. You can too at this link, Buy Fonts Save Lives and every purchase is donated to cancer research.

His 2020 year has been a crazy ride, becoming a partner at Pentagram, then almost immediately working from his kitchen table, and having to adapt to this new way of life. He designed beautiful stamps for the 75th anniversary of the UN as well as continued his epic work on the title sequence for hit tv show “Killing Eve.” Even with all this work, being at home made him lonely so he forced himself to get away from the computer screen and do self initiated projects, art therapy, screen printing from home, drawing with inks, experimenting. He said, “it was messy and it was fun.” And another silver lining to this was his ability to support causes and raise money for various people in need. One of my personal favorite projects he worked on was the Merch Aid T-shirt for Casa Magazines. I’m wearing my shirt right now, and how perfect for Matt to be supporting an awesome magazine store to circle back to his love of magazines.

Finally, we have a new magazine to look forward to from Matt, Ink. Ink is the spiritual successor to his precious self initiated magazines and will be coming soon. We can’t wait to read and admire it. Thank you so much for sharing your story and showing us your 300+ slides on your extraordinary career. We appreciated everything you taught us.