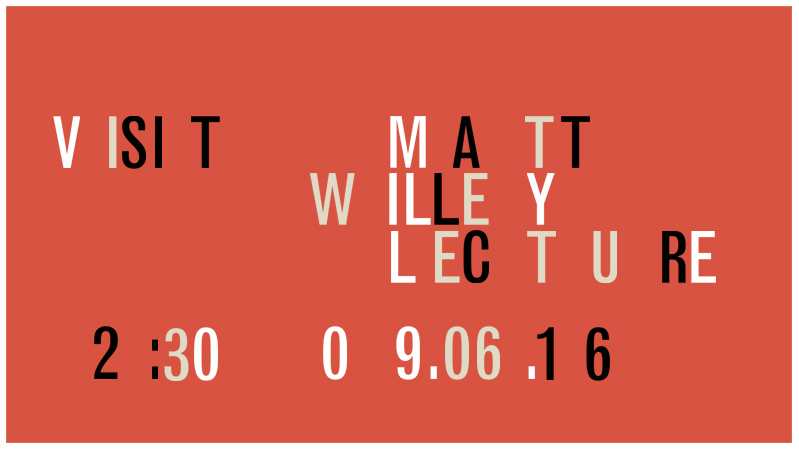 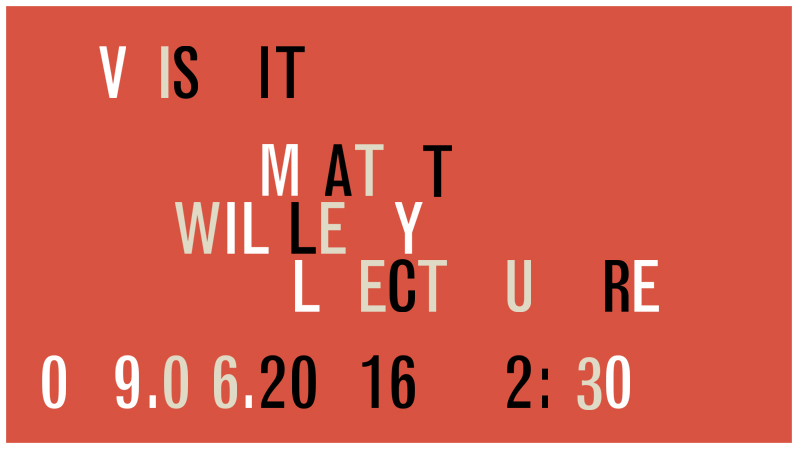 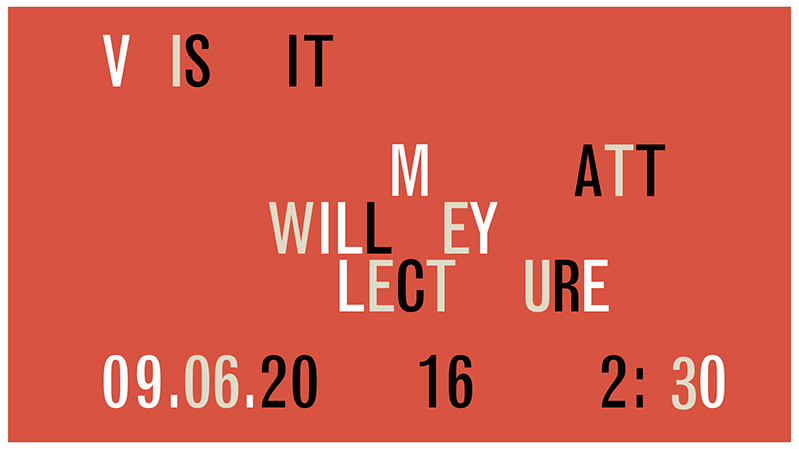 This Thursday’s guest lecturer is Matt Willey, the Art Director of The New York Times Magazine — his triumphant return, at that. He was a member of the studio Frost Design, becoming Creative Director and 2005 he co-founded Studio8 Design with Zoë Bather. Matt is a co-founder of both Port Magazine, which launched in February of 2011, and Avaunt Magazine, which launched in April, 2015.