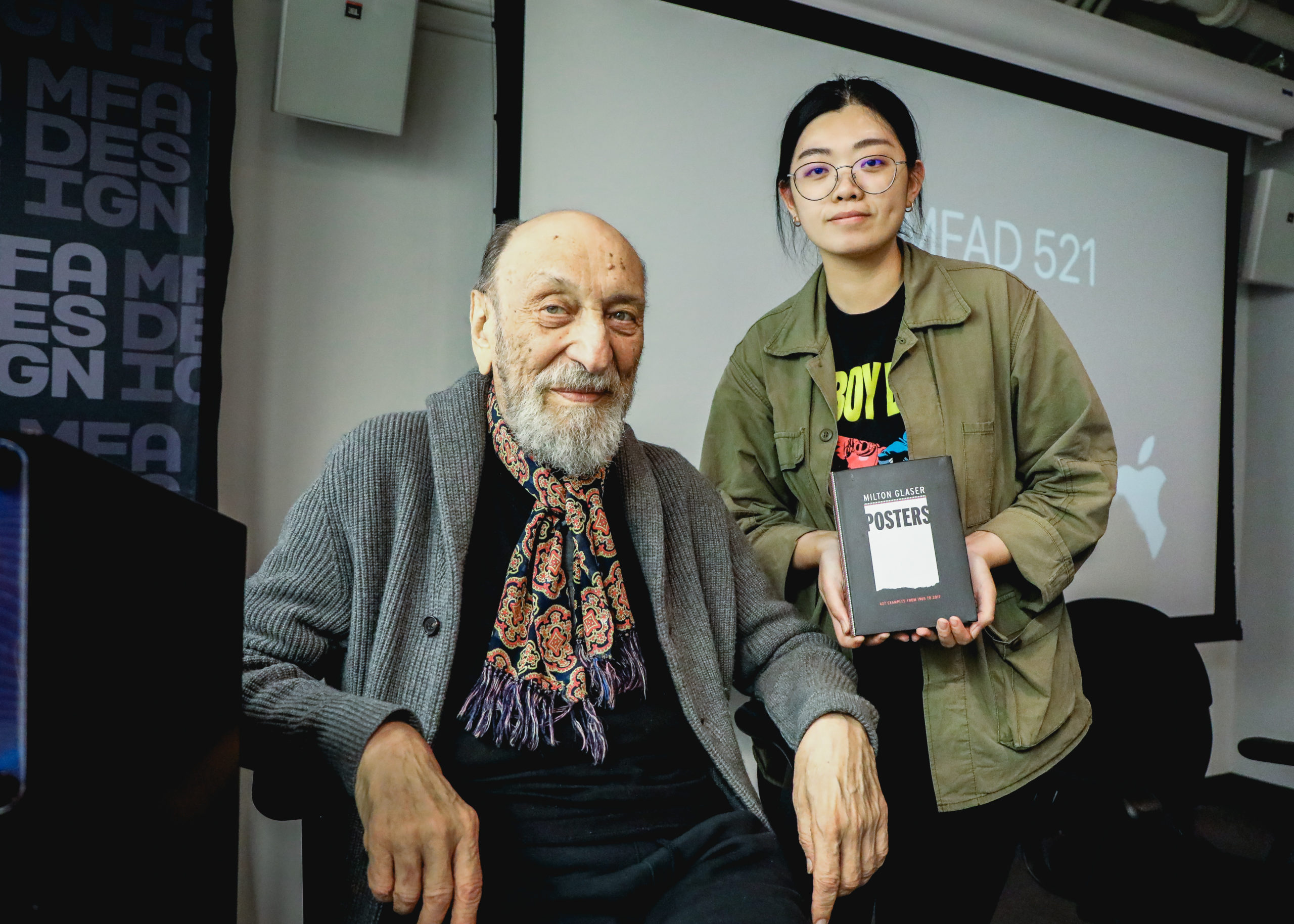 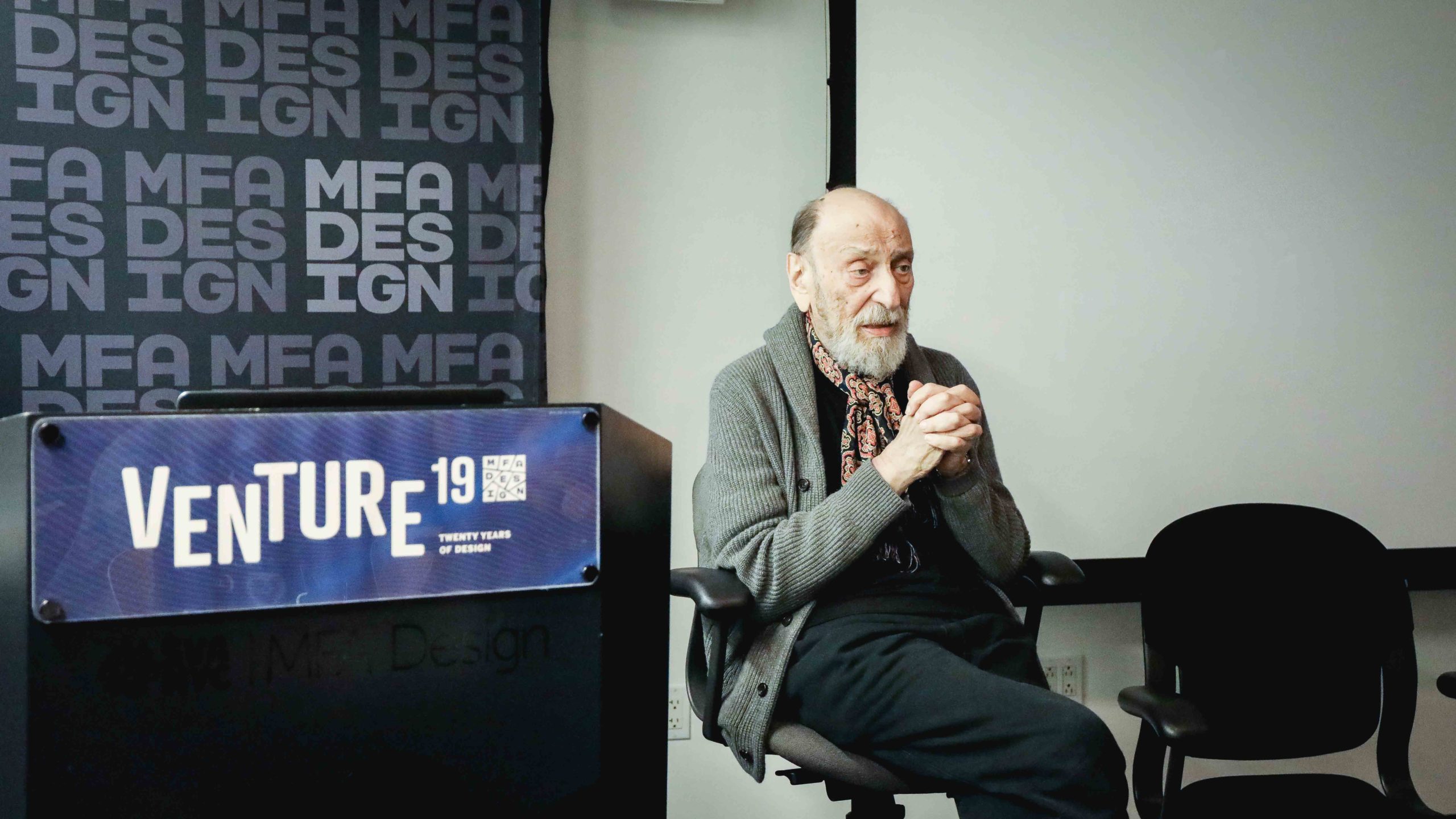 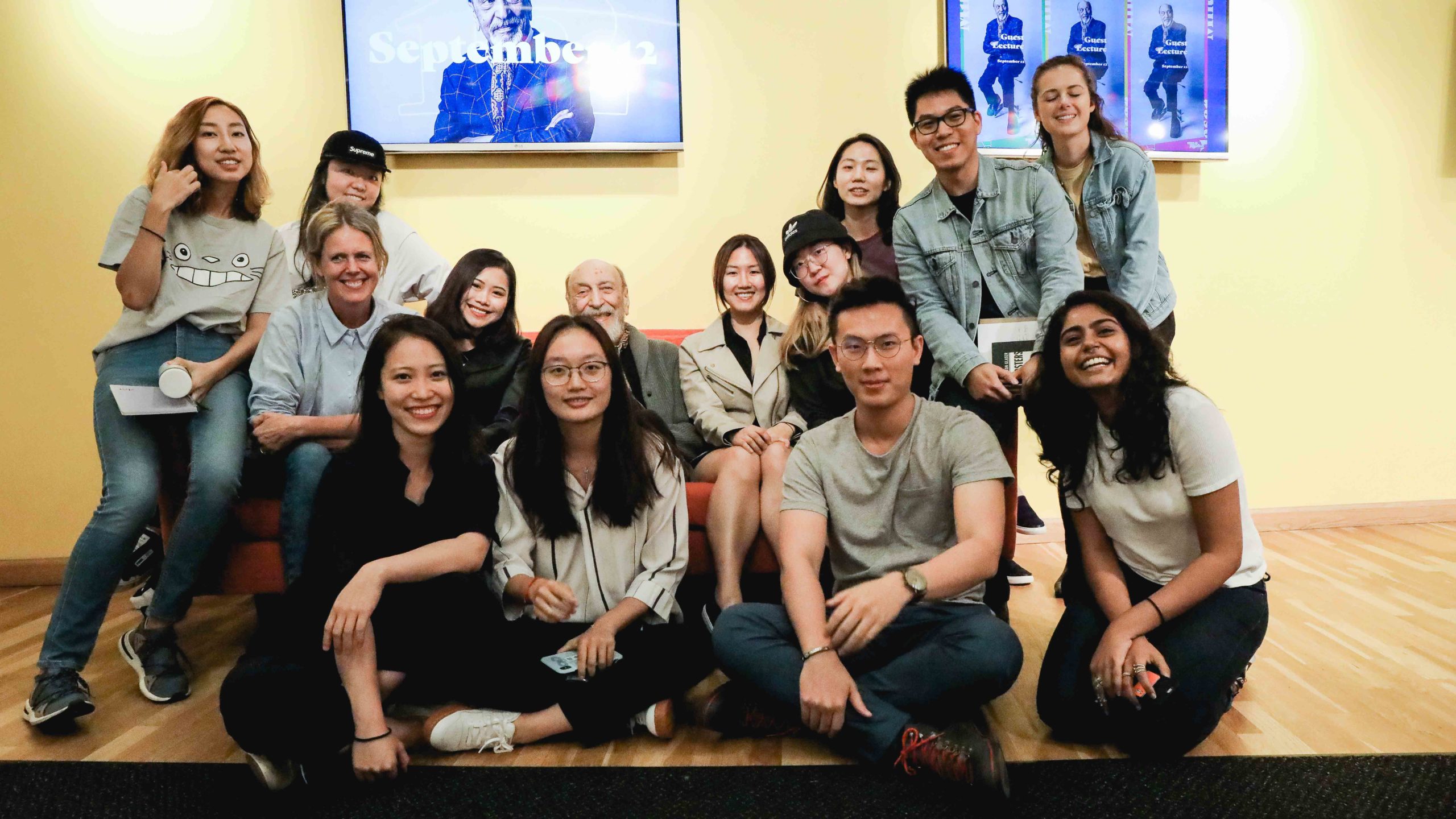 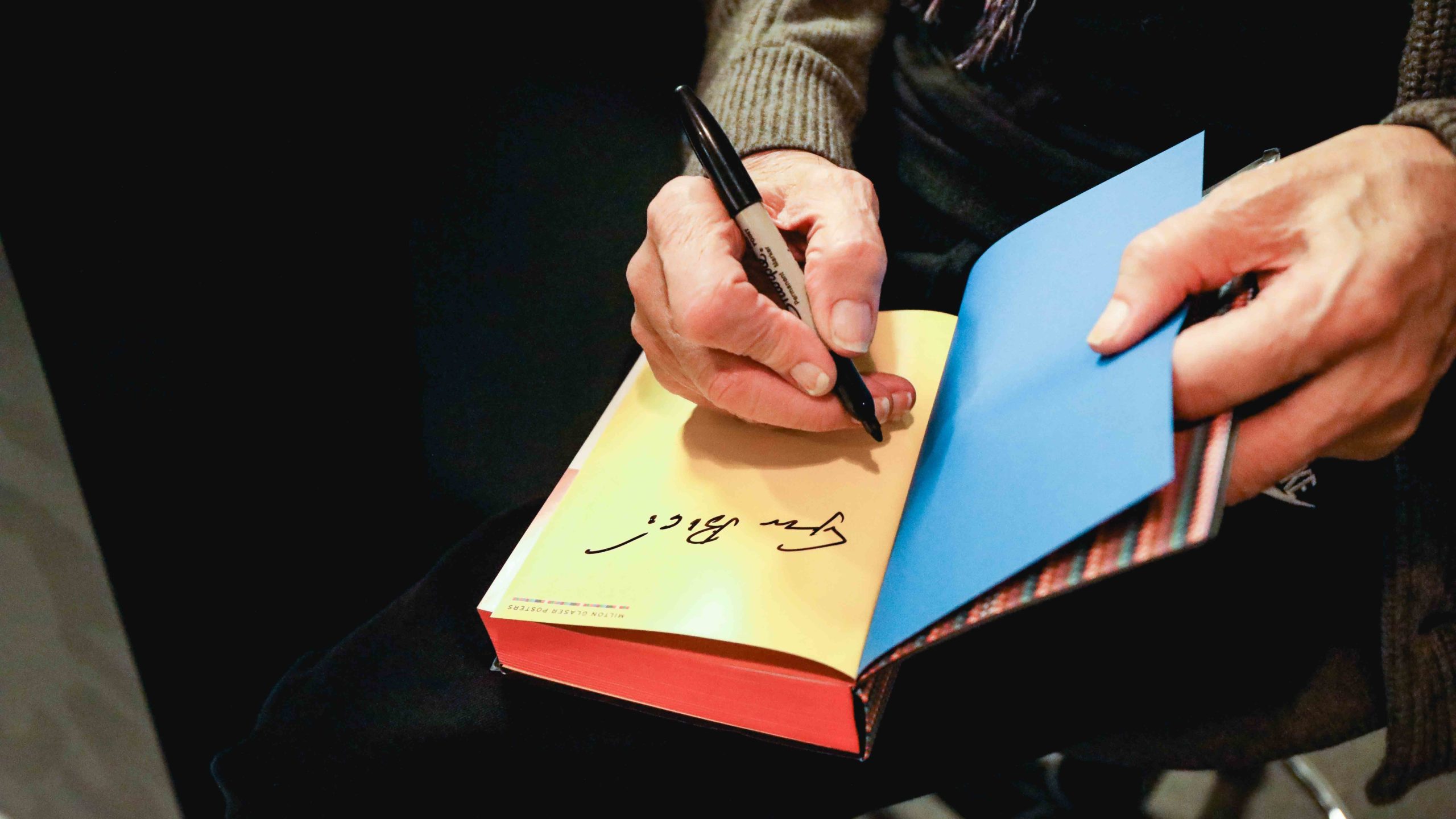 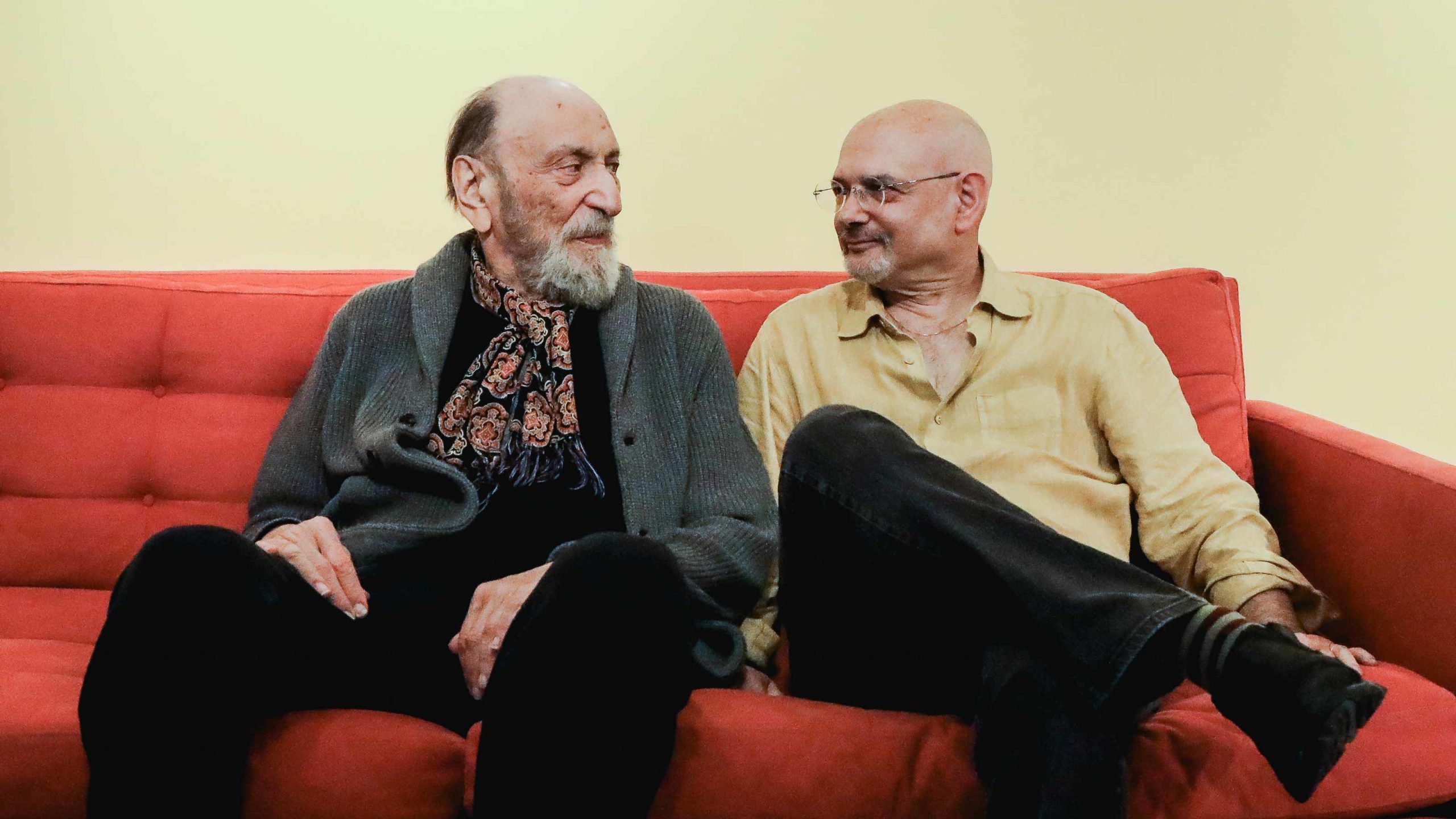 Speaking to the SVA/NYC MFADesign students Milton Glaser demonstrated that he has a firmer grasp of the the consequences of art and design than any practitioner or pundit – indeed most anyone – a fraction of his 90 years. His kickoff to MFA Design’s intimate lecture series was a gift for students, who have never heard him before and those who have had the opportunity to be up close to the eminence. His words raised the bar of discourse to a level that has long been absent from not just the design world but in the universe of ideas. After all these many years his words were freshly and gratefully “inspired.”

Glaser began with concern that designers must take responsibility for the outcome of their work. It is a universal theme that he has returned to many times: “a designer must do no harm” but also must do some good. The traditional design roles of sellers, promoters and manipulators are not acceptable. Make a living but not at the expense of other living things. His the soothing tenor and commanding strength of his voice captured the attention and thoughts of the attendees.

The second part was the reveal of a new book project, that shows his process from rough to finish. The evolution of sketch to final allowed him to discuss the decisions an artist makes in terms of light, perspective, style and more. The big takeaway was how important drawing is to this entire process of creating ideas. Repeating the refrain “If you don’t know how to draw, learn!”, he proved by example how essential picture making is to the thinking process.

The final part of the talk was consumed by questions. Some were, he admitted were unanswerable, but he responded generously and eloquently to them all.

A more uplifting afternoon could not be imagined.