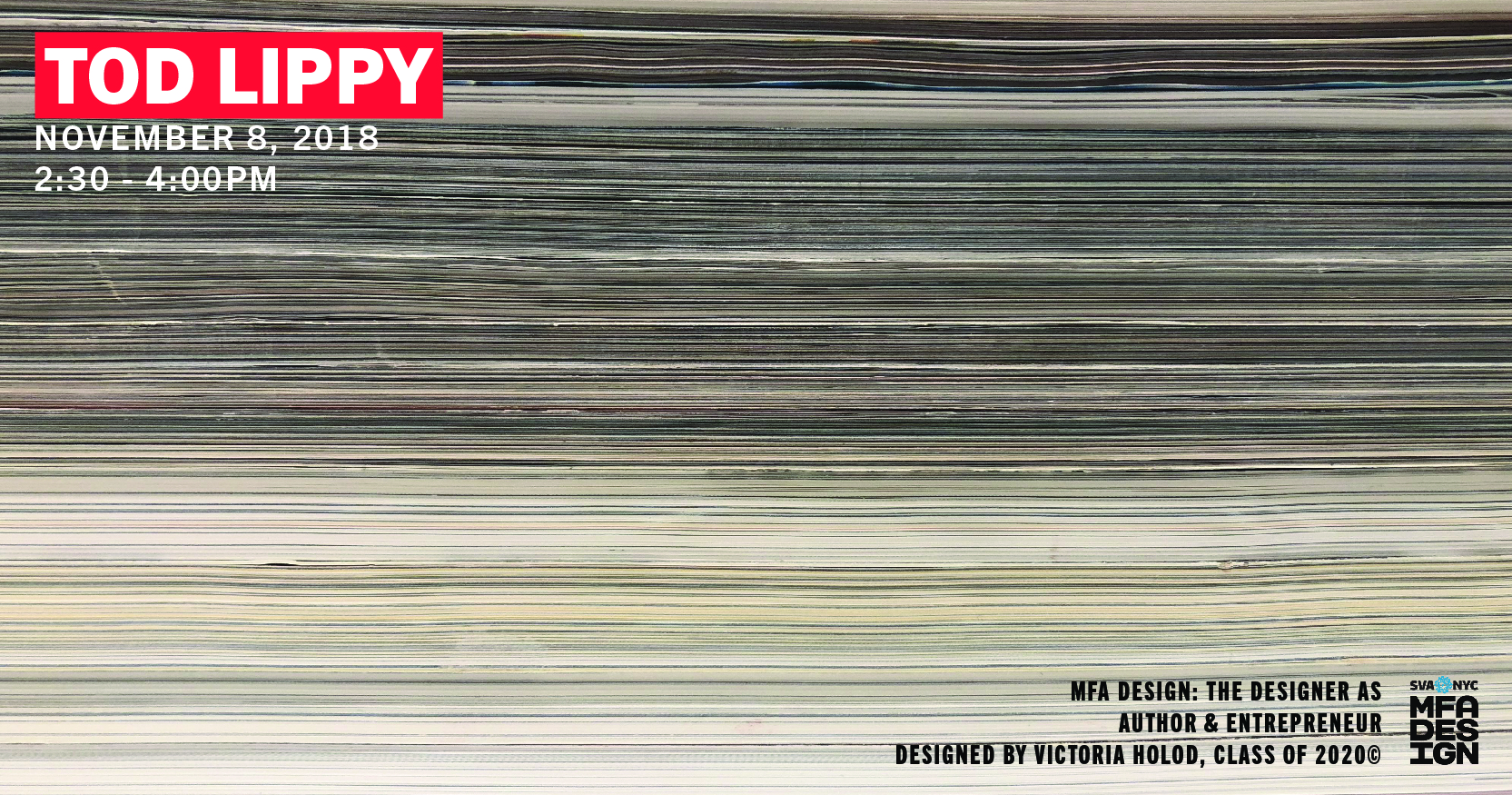 Our guest speaker this week is former faculty member Tod Lippy. He is Founder, editor and designer of annual arts publication ESOPUS and founder and president of the Esopus Foundation Ltd., a New York–based 501(c)(3) nonprofit organization. Editor and cofounder of “Scenario: The Magazine of Screenwriting Art”​ (1994–97), founder, coeditor and designer of publicsfear magazine (1992–94), and a senior editor at Print magazine from 1990 to 1997. Author of “Projections 11: New York Film-Makers on Film-Making”​ (Faber & Faber, 2000), and writer/director of the 1999 short film “Cookies,”​ which was featured in more than 20 film festivals in the U.S. and abroad.