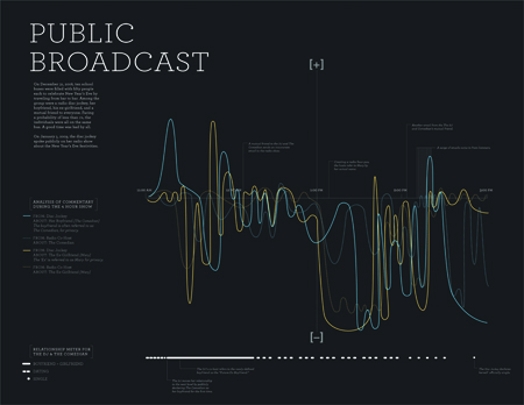 Scott Stowell gave the assignment to create an info graphic poster that tells a story about a particular time period using only factual data. class. Public Broadcast documents the positive and negative comments made during a four hour radio talk show in which the DJ spoke about her New Year’s Eve, her boyfriend, his ex-girlfriend, and a party bus. The orange lines denote all comments said about the ex-girlfriend, while the blue lines are about the boyfriend. The “relationship meter” at the bottom tracks the relationship status between the DJ and her boyfriend throughout the show.