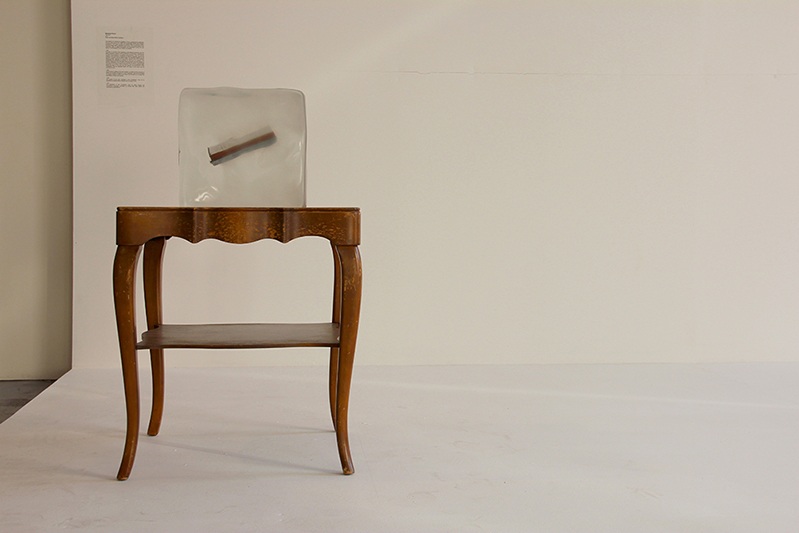 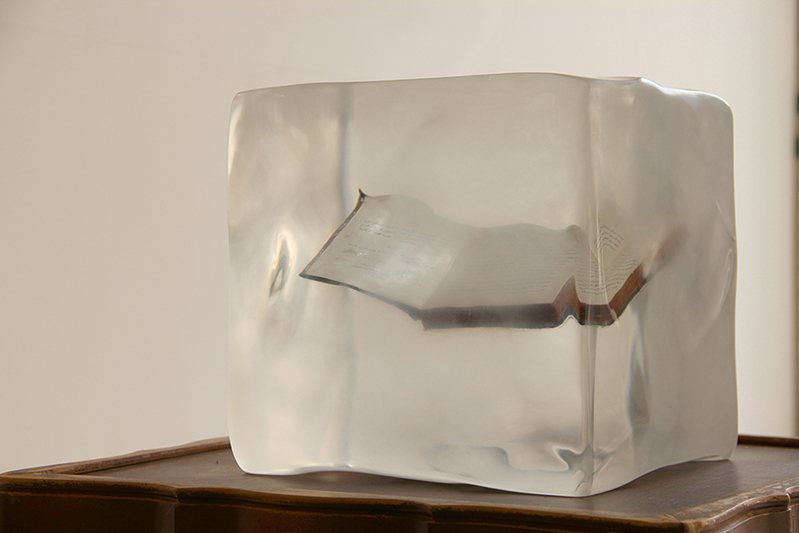 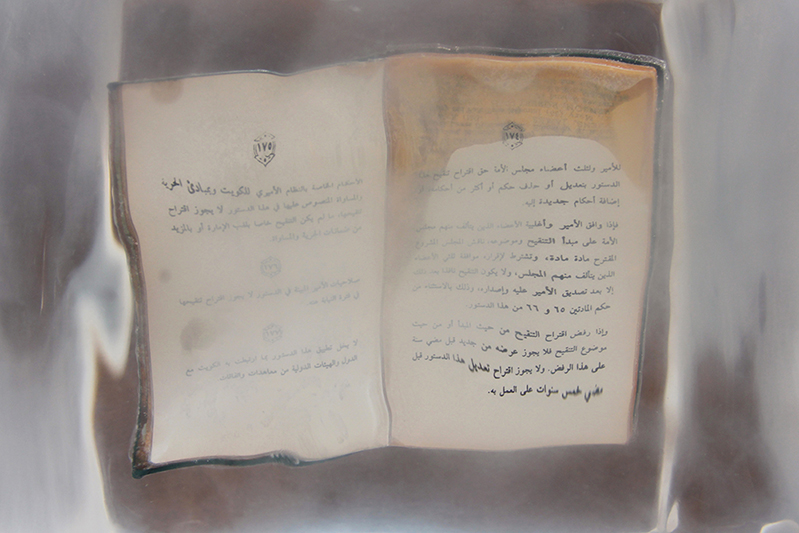 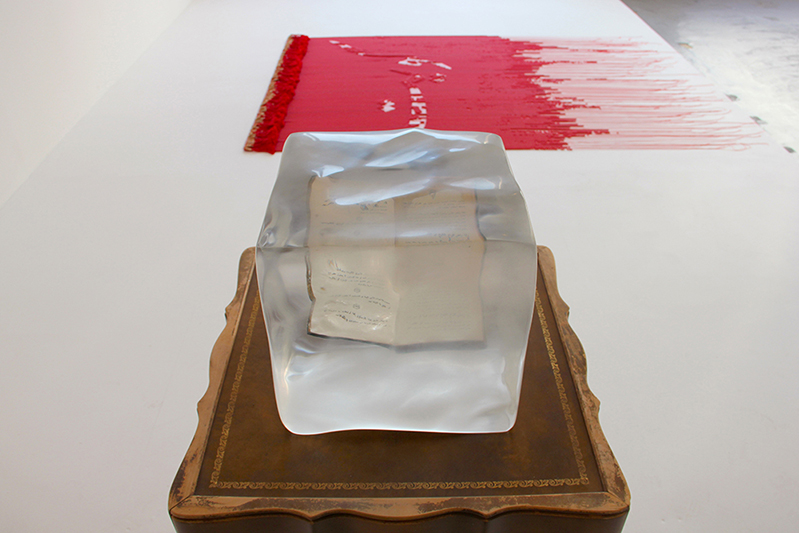 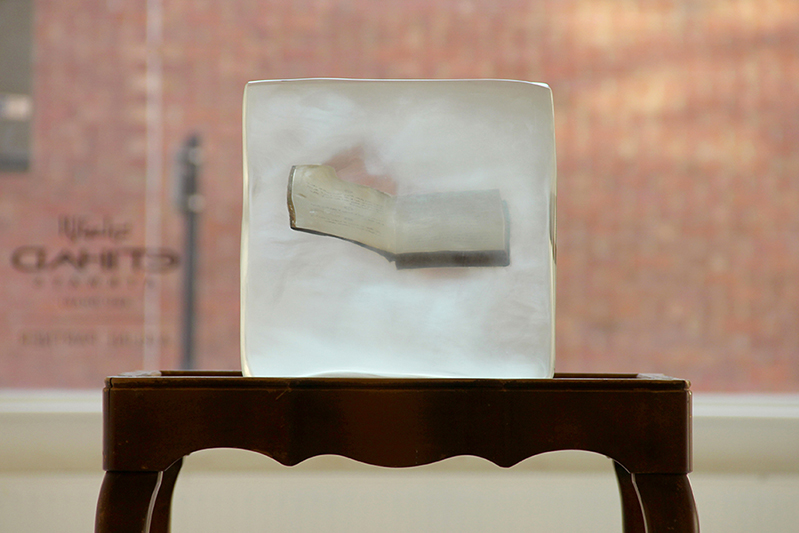 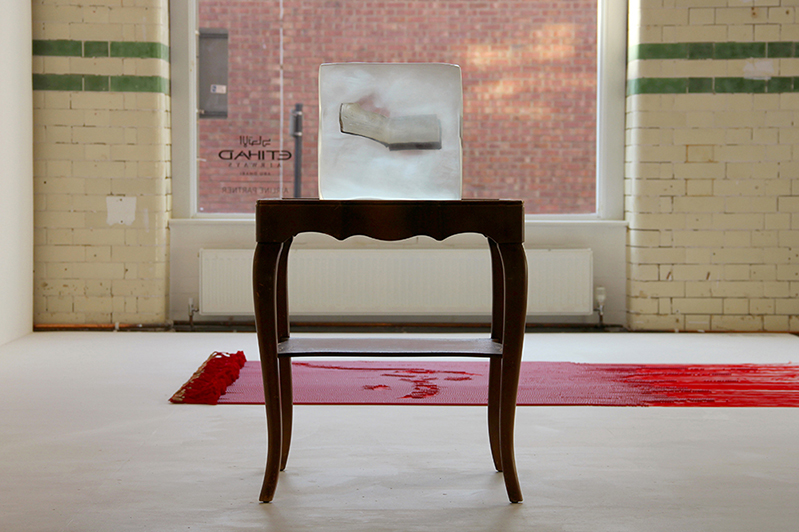 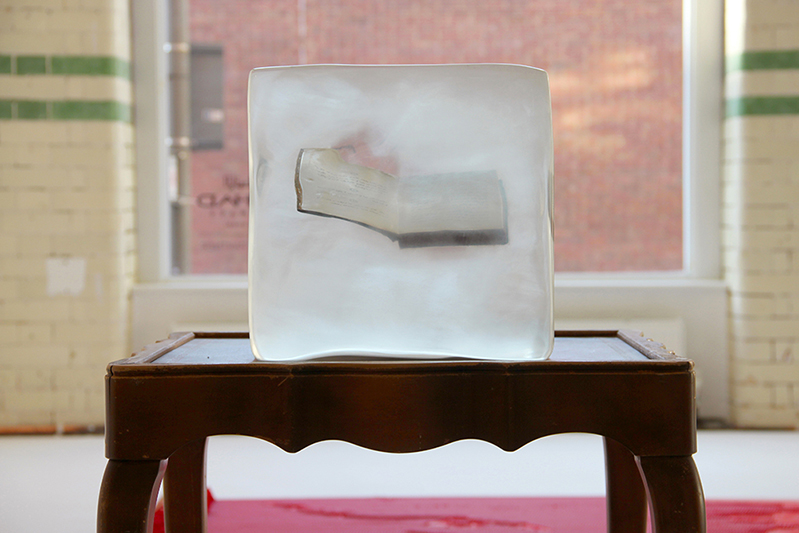 Recently on view in London at the edge of Arabia gallery, “The Book” by Mohammad Sharaf (MFAD ’15) is a metaphoric installation of how a sacred text is preserved. This text dates back to the 1960s and keeps articles from Kuwait’s Constitution. The article numbers are placed inside an ornament frame, the same shape used to separate Quran verses. The printed typeface was commonly used in official documents and publications during the last century. The translation of the articles is as follows:

The Amir or one-third of the members of the National Assembly have the right to propose a revision of the Constitution by amending or deleting one or more of its provisions or by adding new provisions. If the Amir and the majority of the members constituting the National Assembly approve the principle of revision and its subject matter, the Assembly debates the bill article by article. Approval by a two-thirds majority vote of the members constituting the Assembly is required for the bill to be passed.  The revision comes into force only after being sanctioned and promulgated by the Amir regardless of the provisions of Articles 65 and 66. If the principle of revision or its subject matter is rejected, it may not be presented again before the lapse of one year from the rejection. No amendment to this Constitution may be proposed before the lapse of five years from its coming into force. The provisions relating to the Amiri System in Kuwait and the principles of liberty and equality, provided for in this Constitution, may not be proposed for revision except in relation to the title of the Emirate or to increase the guarantees of liberty and equality.

The powers of the Amir, specified in this Constitution, may not be proposed for revision when a Deputy Amir is acting for him.

The application of this Constitution does not affect treaties and conventions previously concluded by Kuwait with other States and international organizations.