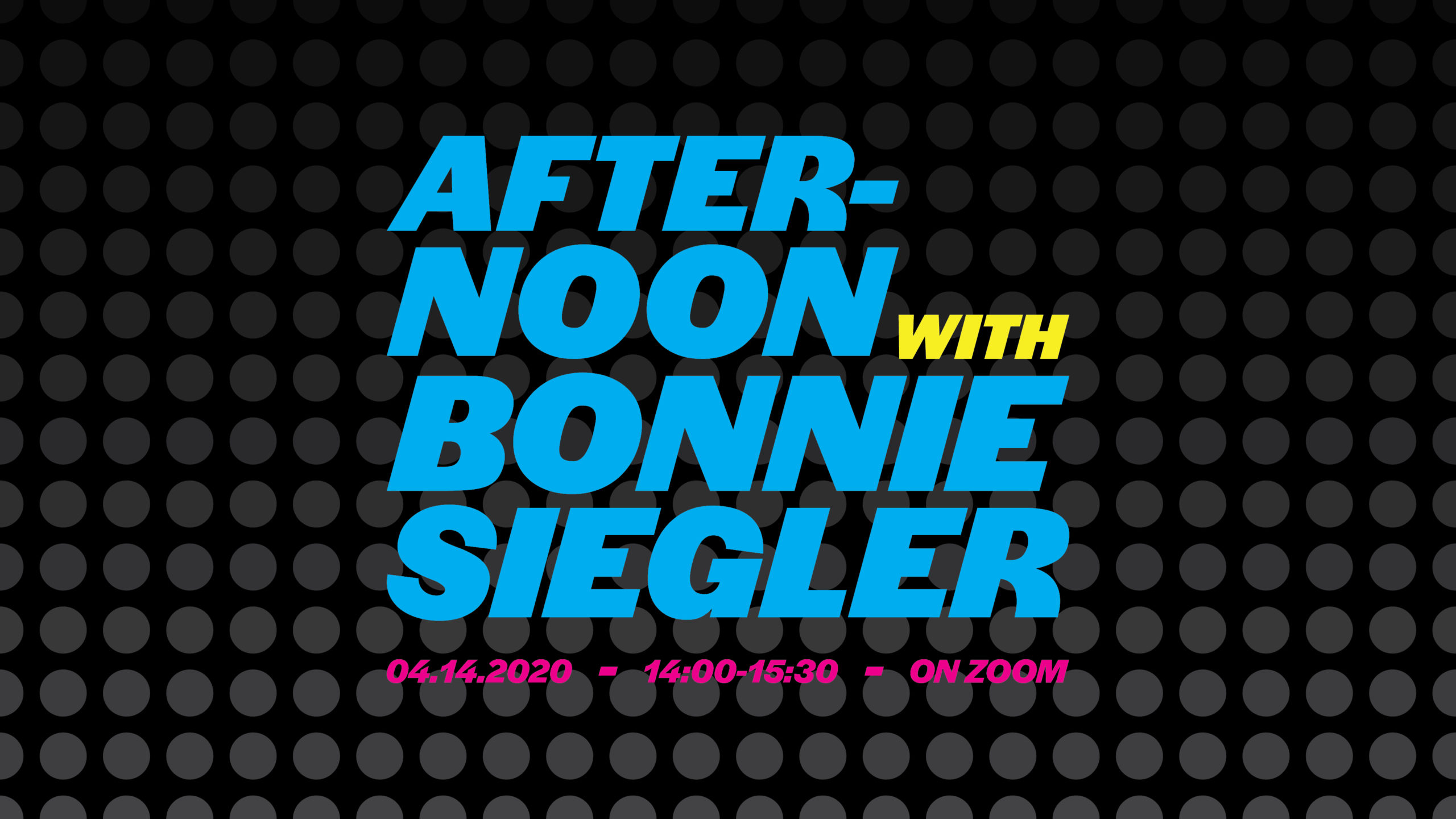 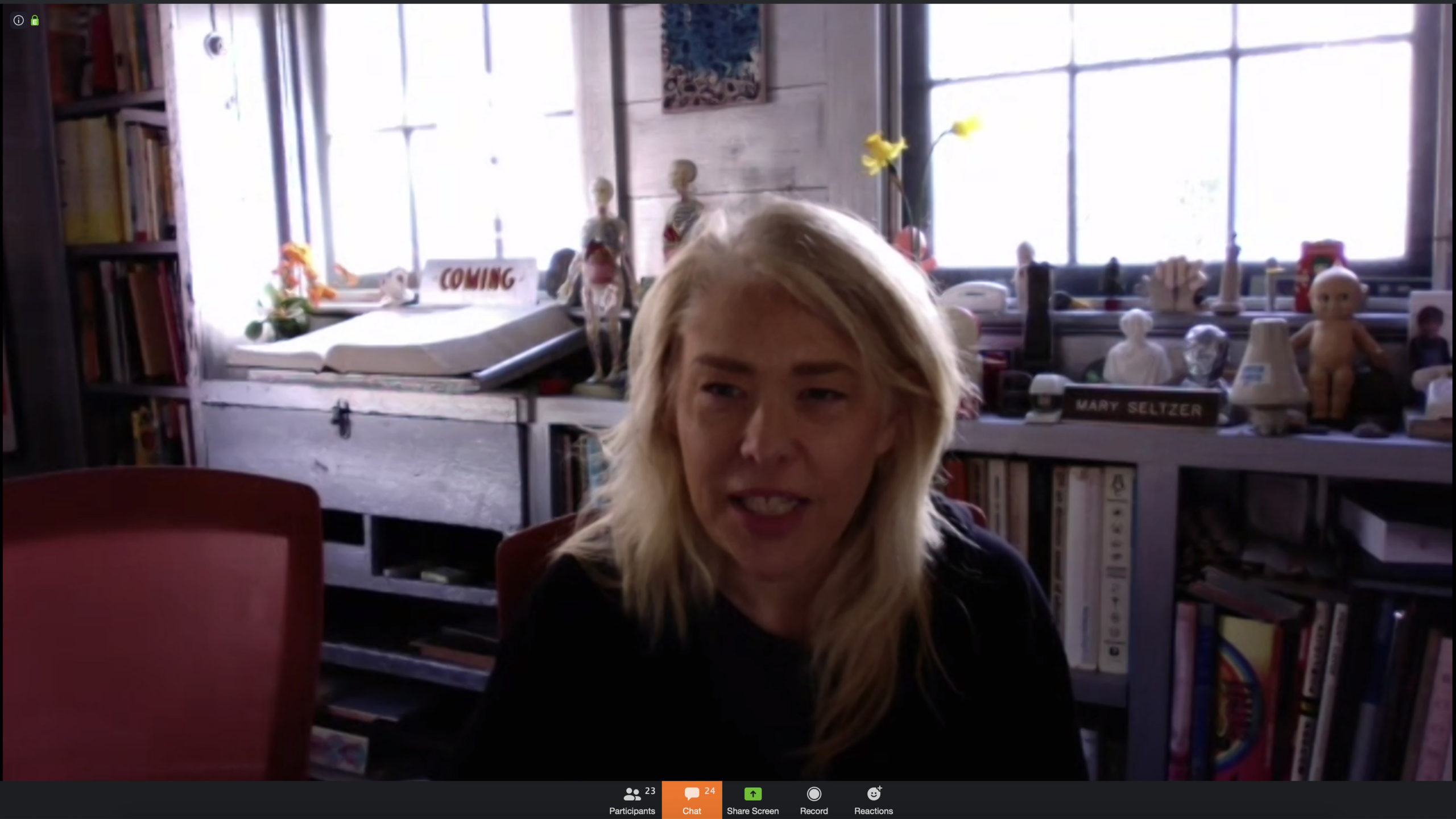 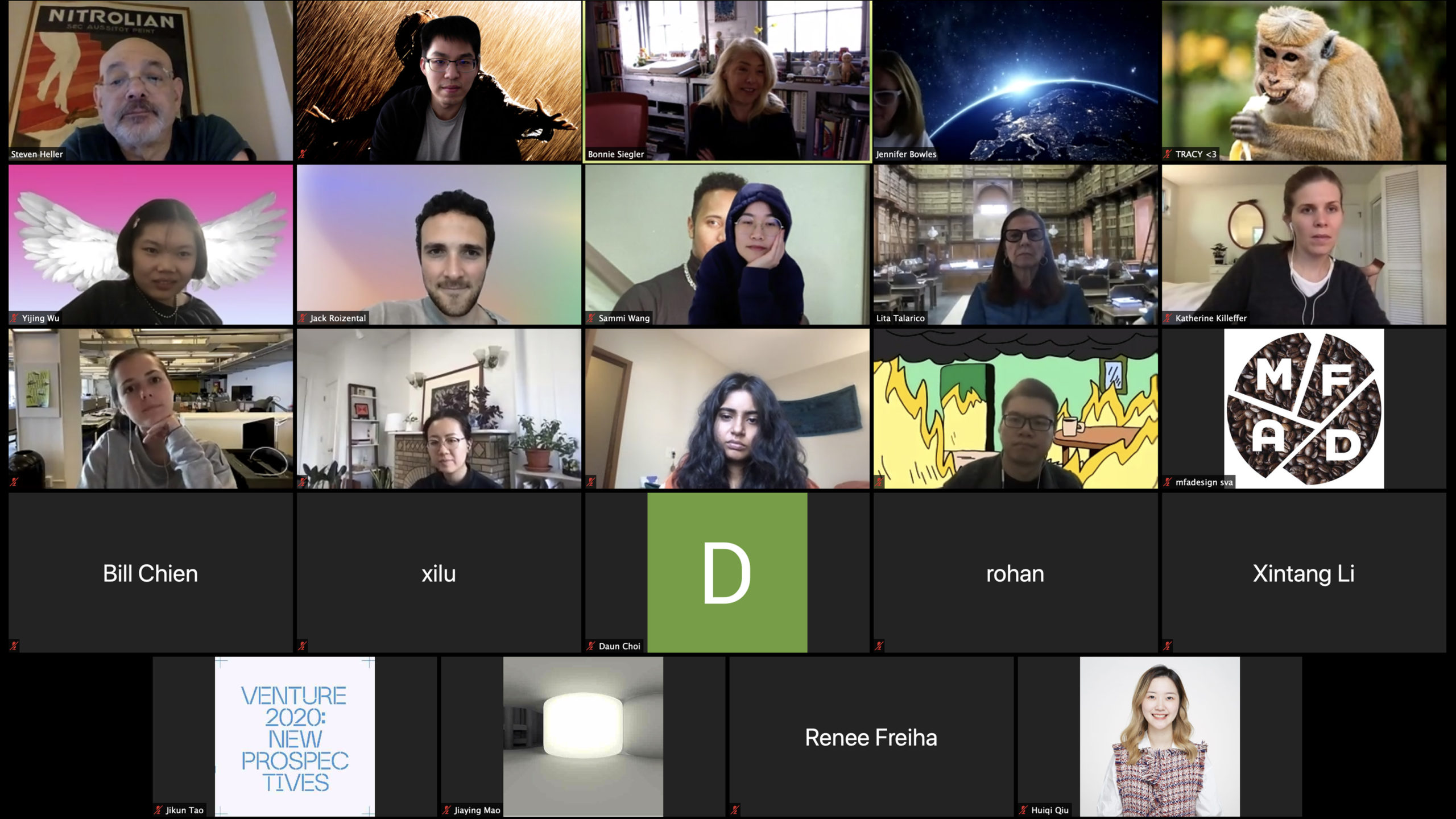 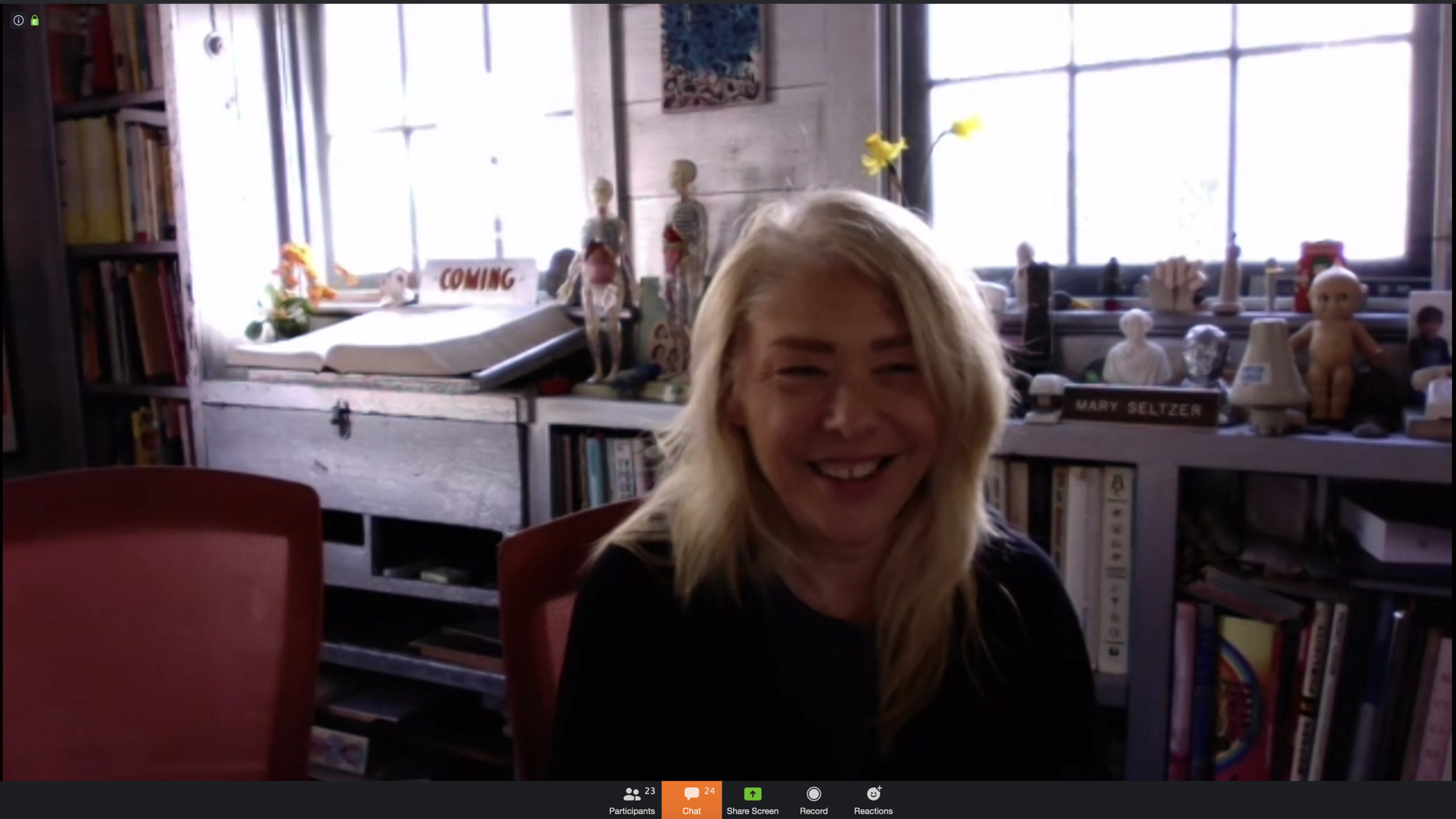 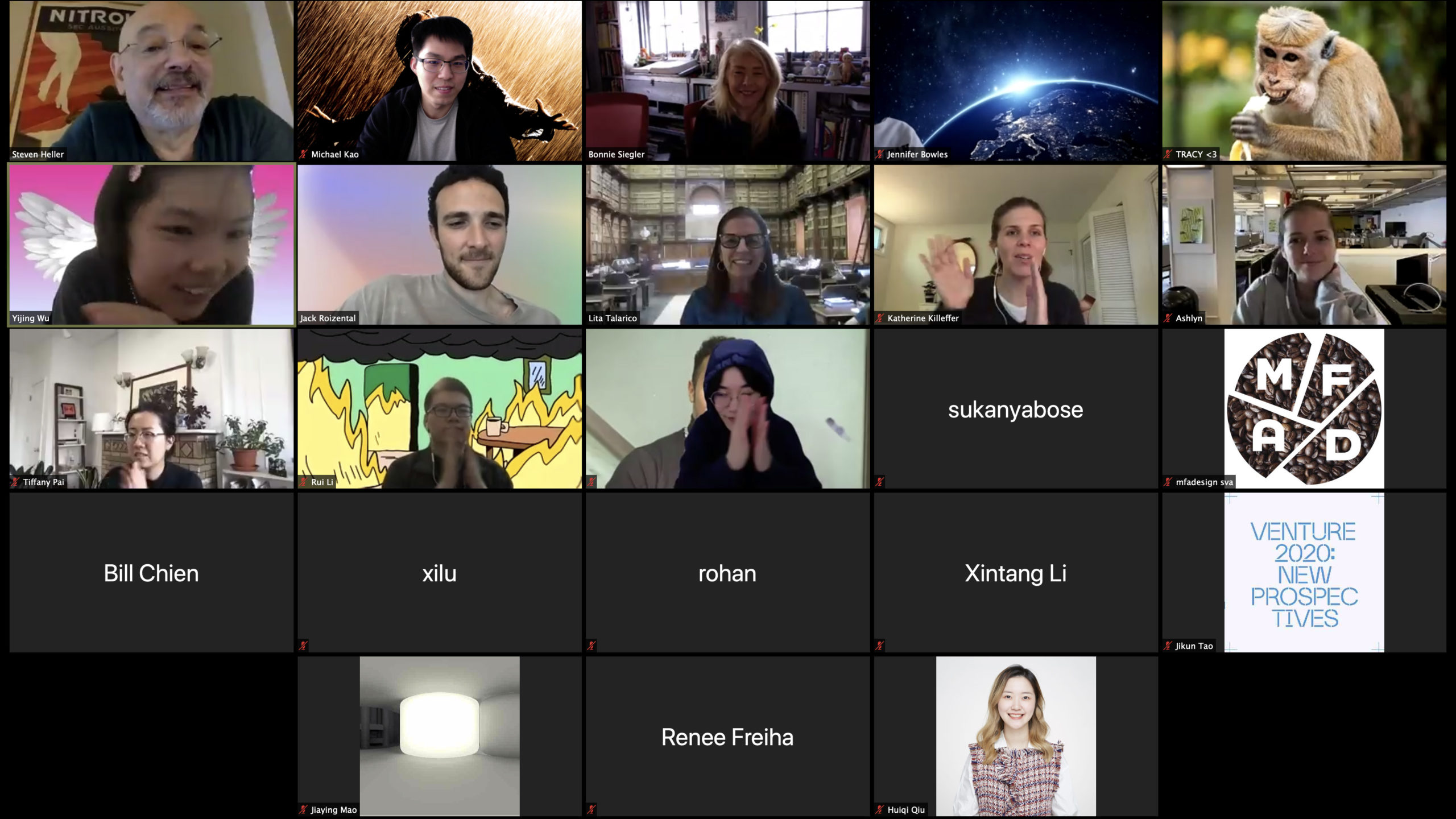 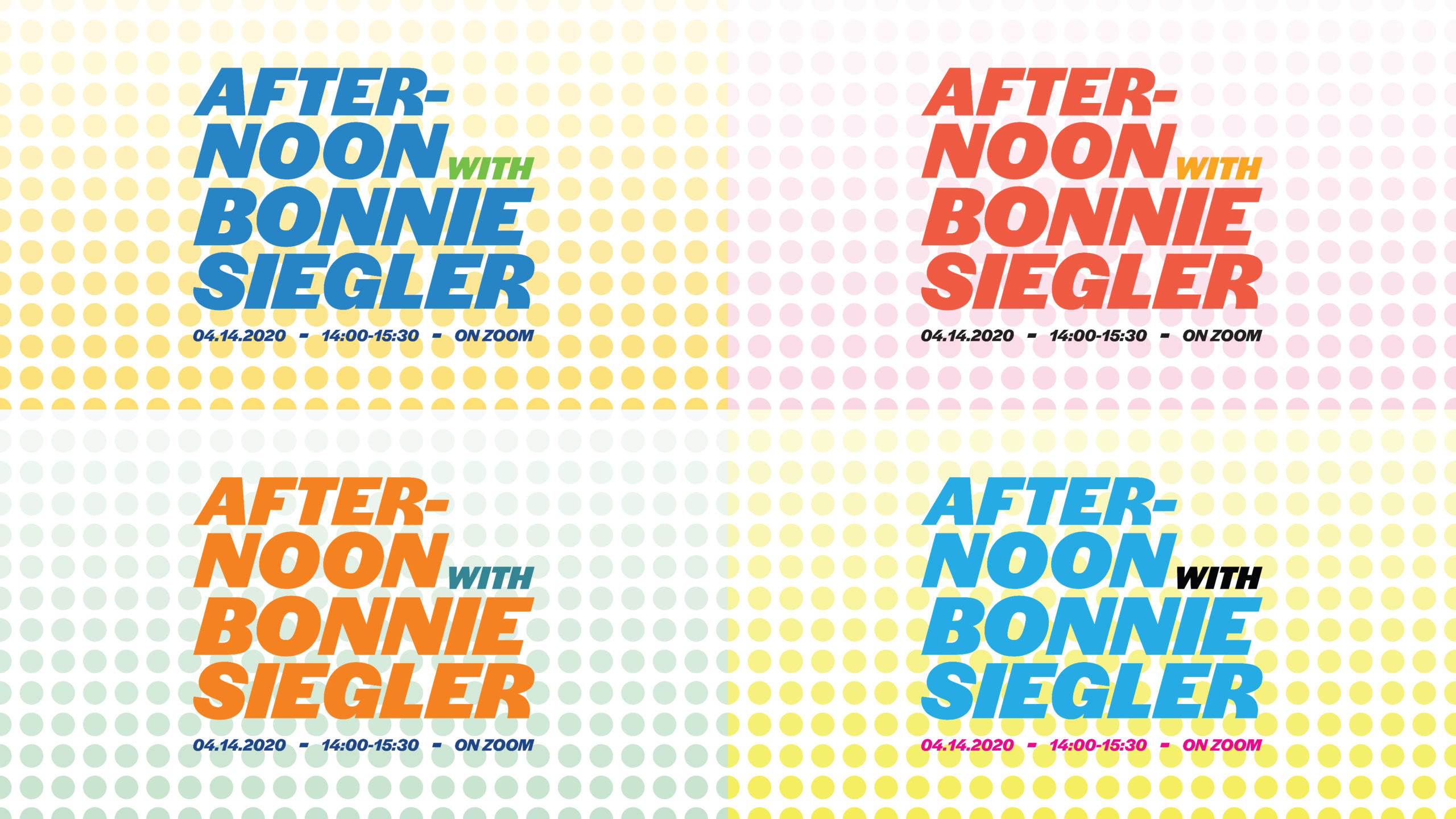 Bonnie Siegler, graphic designer and founder of Eight and a Half, previously co-founder of Number Seventeen, shared her career journey from her Connecticut studio. Originally an in-class lecture became a virtual video meeting.

She mentioned that design, family, and politics are the most important things to her. They influence each other throughout her career with unique balance.

Bonnie worked hard in her 20s. At that time, working with television, MTV specifically, was her dream job so she called them up and asked for a job. She began working graveyard shift for MTV and eventually moved on to VH1 to become a design director.

She met her future work partner, Emily Oberman, at her first job. Opening a design studio at 30 happened naturally, just like the number, 17, kept appearing in their lives.

As she goes through her design projects, she shared with us creative parody videos, classic opening sequences, book covers, branding, funny Trump memes, and many more. She also poked fun at absurd design critics and difficult clients. You can even order her book, “Dear Client : This Book Will Teach You How to Get What You Want from Creative People”, and send it to any client who might need it anonymously.

Now having a family with Emmy Award winning animator, Jeff Scher, and two boys, Buster and Oscar, Bonnie is motivated to work even harder and more efficiently so she can spend more time with them. It was sweet to hear about how she made books, business cards, birthday invitations, and thank you cards for their sons when they were little.

At the end of the conversation, Bonnie shared the story about once working with a dishonest client who cheated money and emphasized the importance of signing a proper contract. Luckily, Bonnie’s insistent contract saved her studio from doing unpaid hard work.

Thank you very much Bonnie from SVA MFAD!