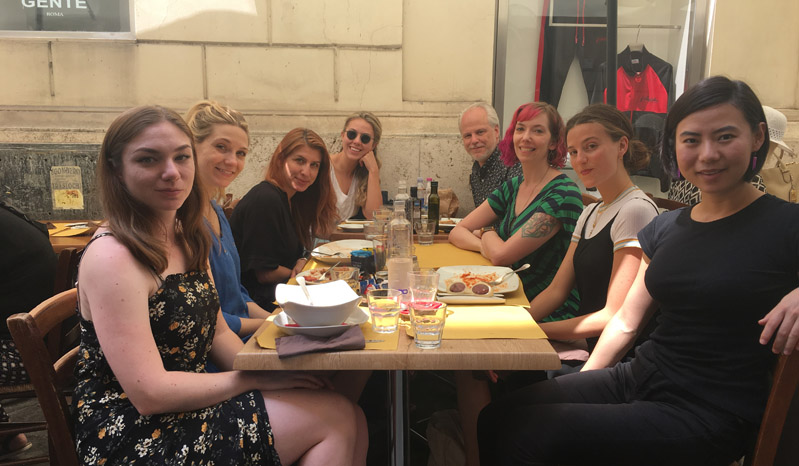 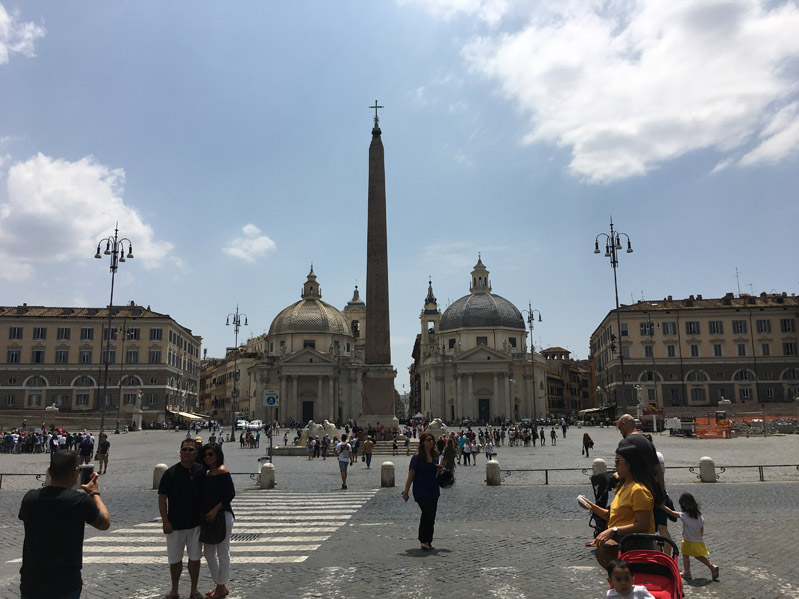 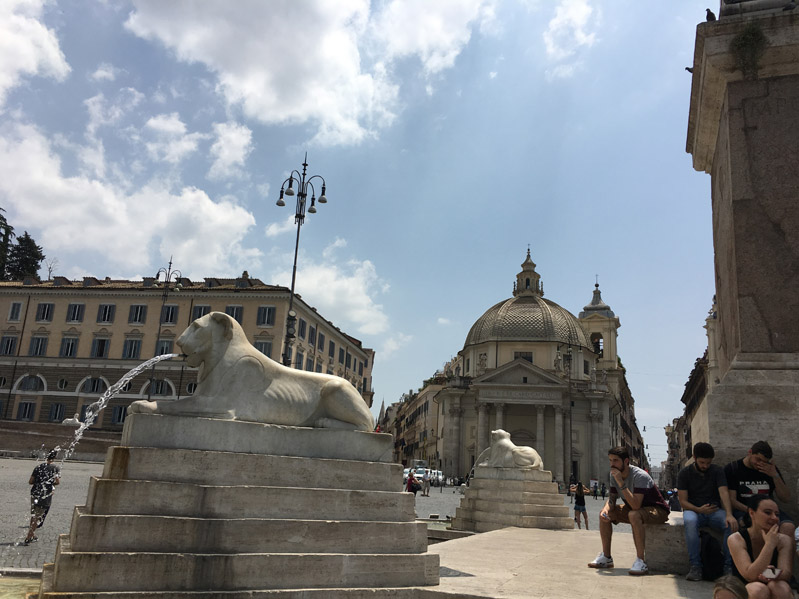 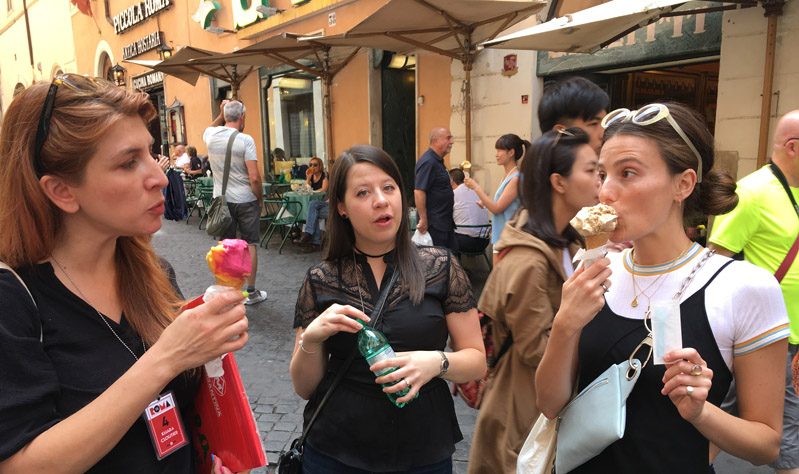 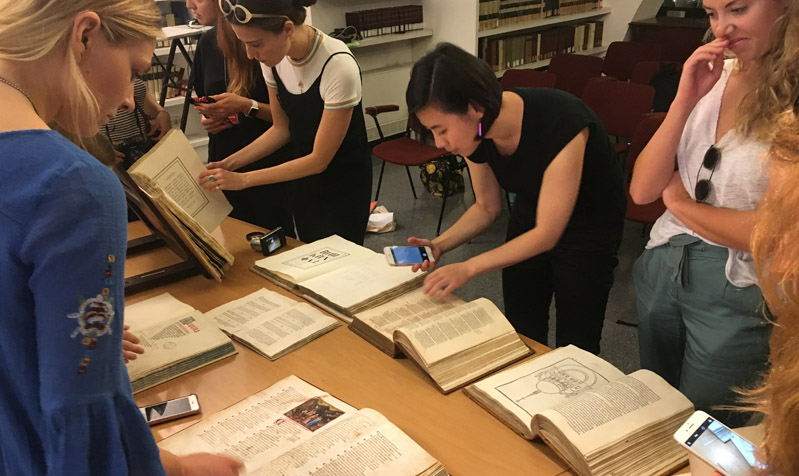 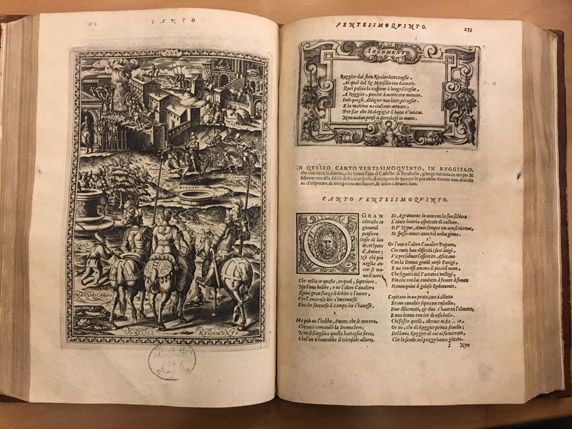 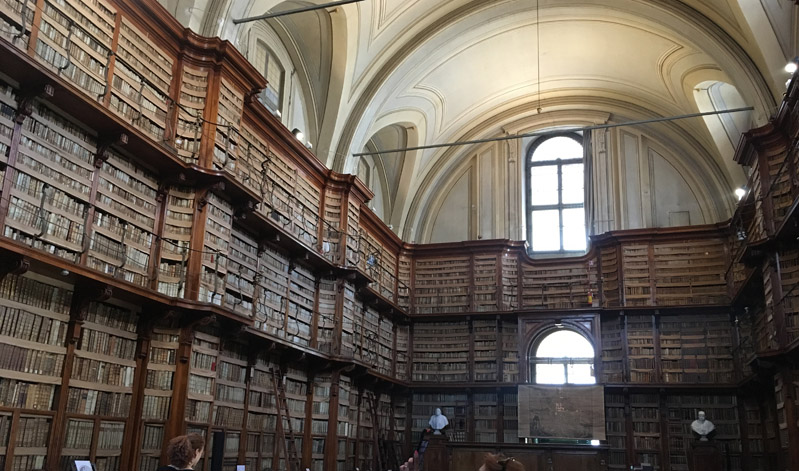 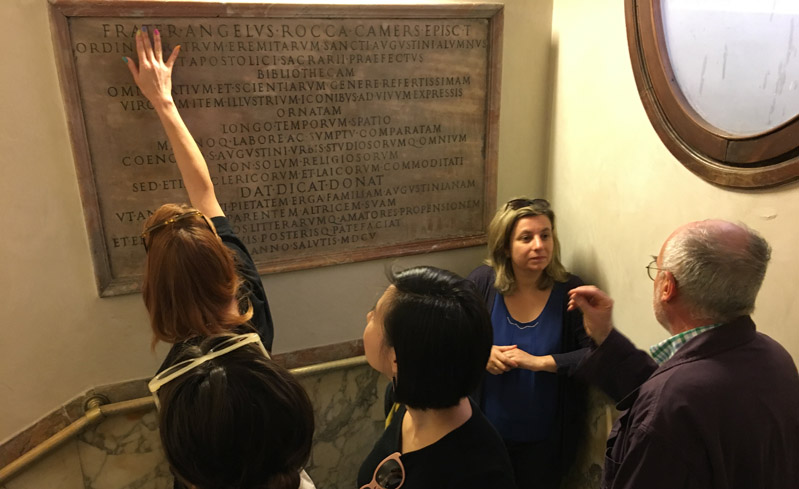 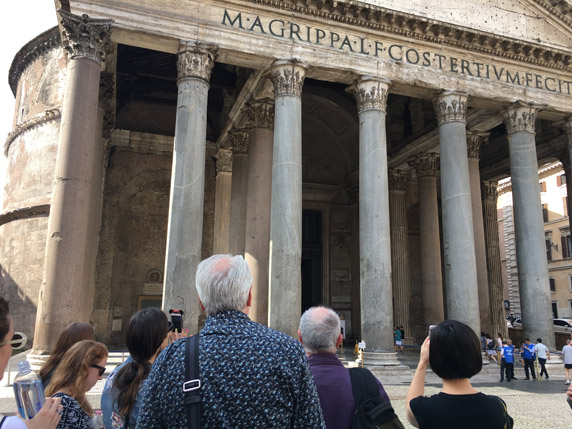 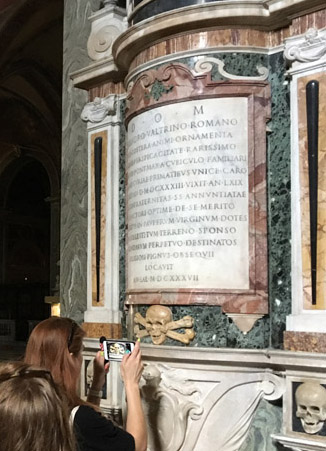 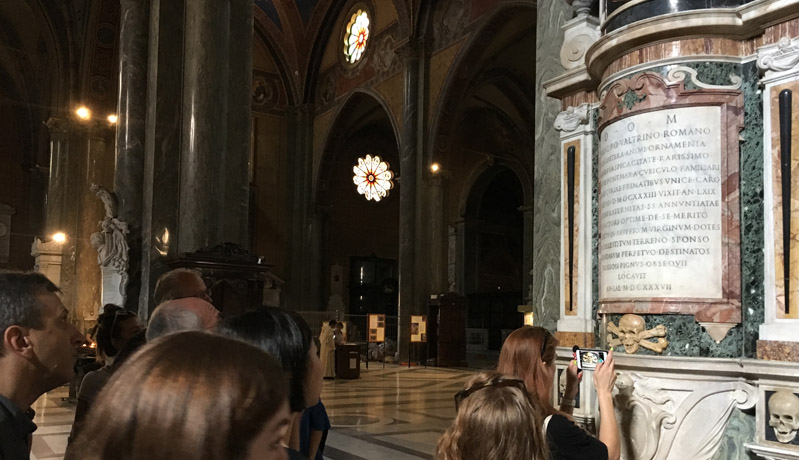 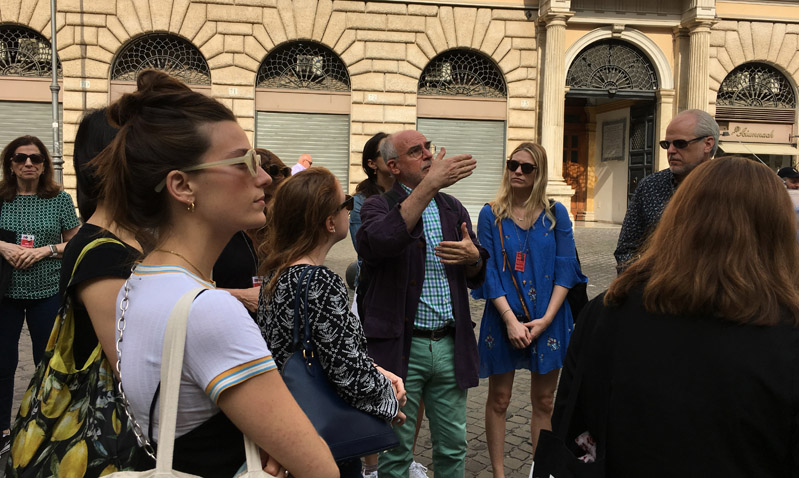 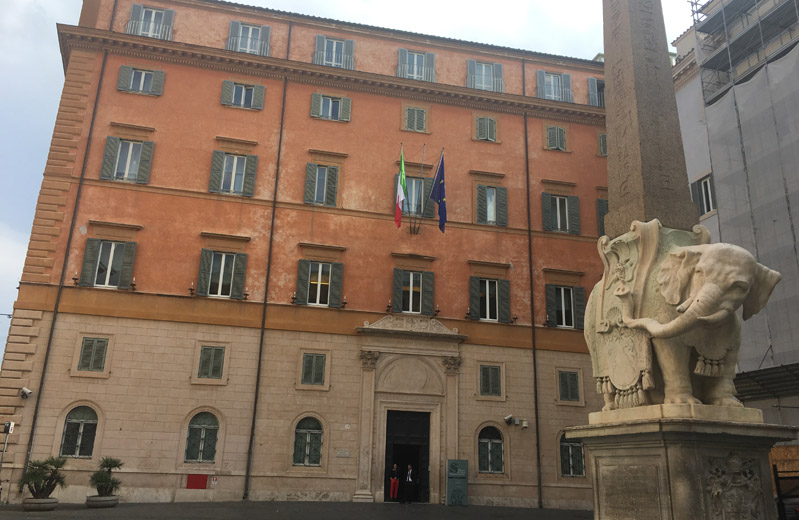 Text and Photos by Jennifer Hines

Day 4 started out with a bang straight from the hotel, as Maura Zennaro joined us in the lobby to head out to see interesting typographic sights on the town. We started in the Pallazzo Minerva to discuss the elephant statue and the obelisk and inscriptions on the base. The elephant is supporting old knowledge and his bottom and trunk are facing the convent and priests in a message against the church.

Next we headed into the Santa Maria Sopra Minerva church in the same square, which was currently covered in scaffolding due to restoration, but was looming and large inside. The church was gothic but combined other pieces and elements from different time periods, like the starry ceiling and the Baroque details in the marble and graves. We looked at many inscriptions and graves, focusing on the symbols of death (skull, with an hourglass and wings because your time is limited and death is fast) and learned alternate ways the dates are shown in the inscriptions.

The Pantheon exterior came next, which has large lettering on the top that was recently replaced with replicas of the original bronze letters that were pillaged in the past. The text is abbreviated and not readable to most now, and the top triangle has holes where statues had been placed in the past. The Pantheon is for all gods, so is open to all religions.

A short walk later, we arrived at the Angelica Library. The library was the first public library after a Agostina friar Angelica gifted some 20,000 books to form the library with the provision it be free to the people. The reading room was full of old books on three levels and is still close to the same as in the 18th century. Many of the books have been digitized, but some are still used for specific research when needed. They have to be completely cleaned of dust every 10 years of dust and each year they do isolated dusting section by section.

Once downstairs, we got to see some reproductions and actual books that had lovely illumination/illustrations and interesting type treatments. One reproduction cost $4000 and was very accurate with real gold leaf and actual parchment staining and damage to match the original. We all took many photographs of them all, including Bodini’s type specimen book, an encyclopedia of science, Galileo’s notebook on the moon, Dante’s Divine Comedy, and a few others.

Piazza Colonna was the next stop to discuss the column in the center, another obelisk that has a relief sculpture running all the way up the obelisk that has images of killing and pillaging. The inscriptions had wide letterforms with lots of spacing between them, so referenced classic Roman letterforms but with a modern take. Some letter forms and the spacing hearkened to a more modern elegant look, like the M that has extra serifs.

Next stop: GELATO!! A little break and some sustenance before heading further on the hot afternoon, we stopped at Giolitti Gelateria for some much-needed sugar and rest!

Now fortified, we headed up to Piazza del Popolo to discuss the Roman obelisk in the middle of the square, flanked by 4 lion fountains. The square is massive, and amidst a demonstration/protest in the other corner, listened to Mauro tell us about the inscriptions and letterforms before heading to the original gate to enter Rome. And then, hot and sweaty, we said thank you to Mauro and headed out for lunch.

The vegetarian restaurant that we aimed to hit couldn’t accommodate us, so we stopped at a little German restaurant and sat outside on the patio beneath some very refreshing misters and had a quick bite to eat, then headed back to the hotel (with a few stops along the way of some lovely churches and shopping).

Early evening found us back in the classroom for a lecture by esteemed Steven Heller about the eclectic and eccentric typographic history. Using lots of pictures for inspiration, Steven showed how type is a map of place, time, and a code for ideas and notions at the time, including politics, music, or other sensations. All that has come before is taken and repurposed in future generations and movements to bring new meaning in the context in which it is reused, and all memorable type has a mnemonic that makes it hook in the audience’s mind so that it communicates and is retained. I took 5 pages of notes, and lots of snaps of his slides!!

After the lecture, a group of us headed to Gusto Rotisserie for some chicken and pasta, a glass of wine, and some fun conversation before heading back to get centered and rested for the next day. Day 4 gone, but lots of great tidbits of information!!