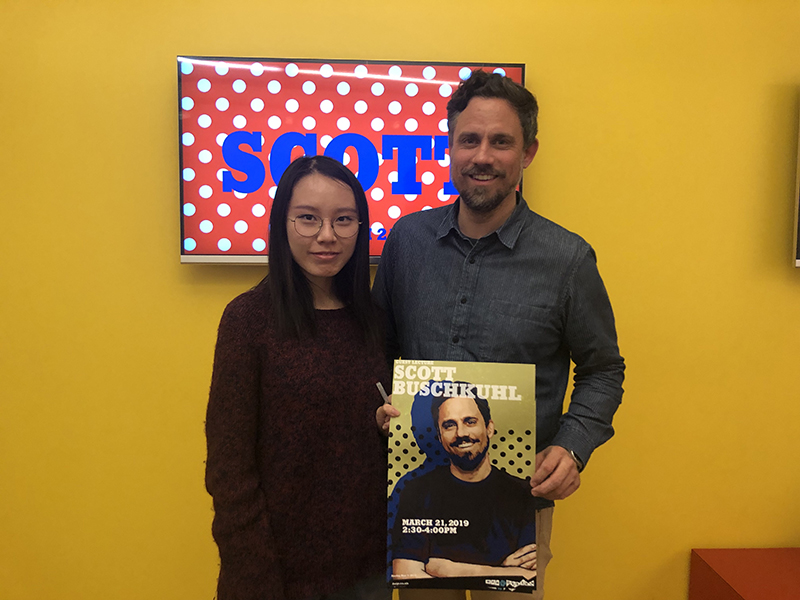 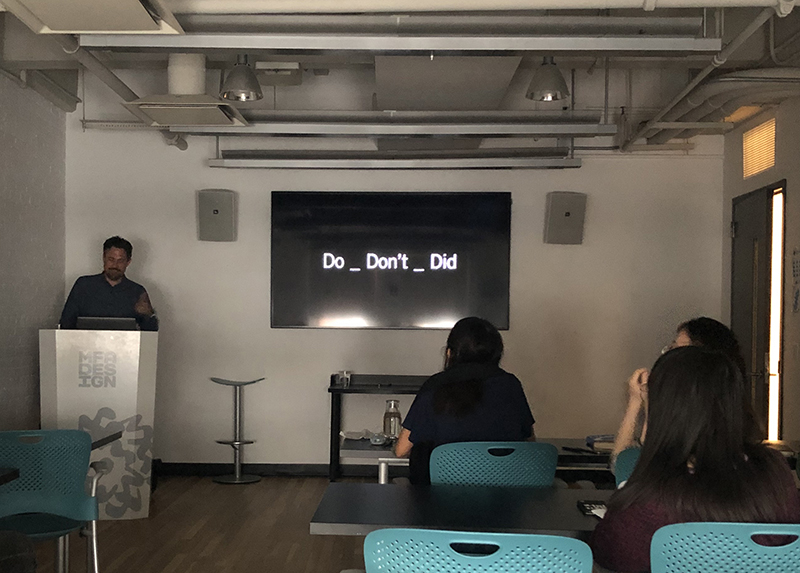 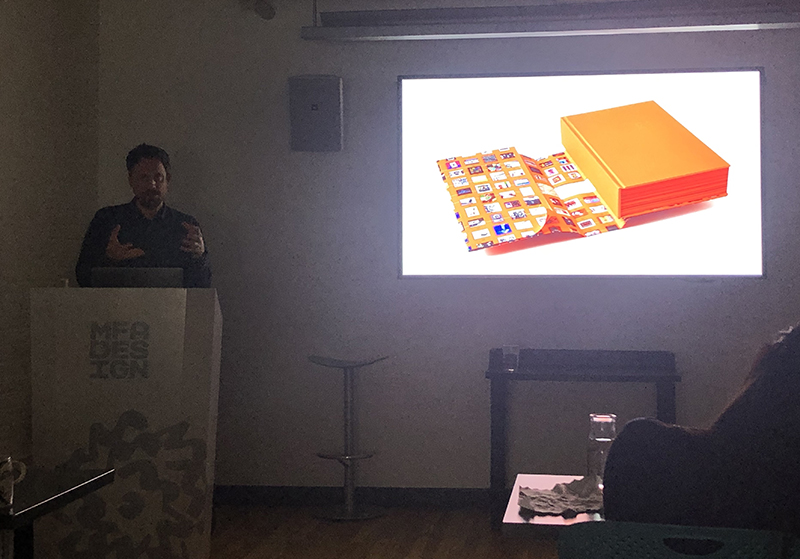 Wait until you hear about who our students met this week for our guest lecture series. Scott Buschkuhl came to talk to our first years about his professional career in design. He is a designer, educator, and the Founder and Creative Director of HINTERLAND.

Scott has actually had a long history with the School of Visual Arts as he got his BFA in graphic design from SVA and full circle, has been teaching undergraduate design students since 2009. Upon graduation, he landed a job at Pentagram where he credits as his own design graduate school. From there, he worked at other prestigious firms such as The New York Times and Time Inc. Custom Publishing.

In 2008, Scott officially launched his own studio, HINTERLAND, a multi-disciplinary company that specializes in branding and identity for print and digital environments. He took our students through three different projects his studio worked on which were Baked, Spruce and Bond and the book design for The School of Visual Arts.

He wrapped his lecture with some advice, some Do’s and Don’ts which have turned into our students’ new design commandments that they will all live by. DON’T send blanket ‘Dear Sir’ emails, don’t stop being a student, don’t ever lower your standards, don’t ever work for free (pro-bono are the exception to this), don’t start a studio after you graduate, don’t take long lunch breaks, don’t arrive late or leave early, don’t burn bridges, don’t badger people, don’t send 30 MB PDFs by email, and don’t misrepresent your work.

DO ask for help, do join design organizations, do get an internship, do freelance, do be organized, do say yes to everything, do surround yourself with those that inspire, do curate your portfolio, do spell people’s names correctly, do be different, do work hard/really hard, do be humble, and do fake it until you make it.

Thank you, Scott. These are great designer goals for us to live by.