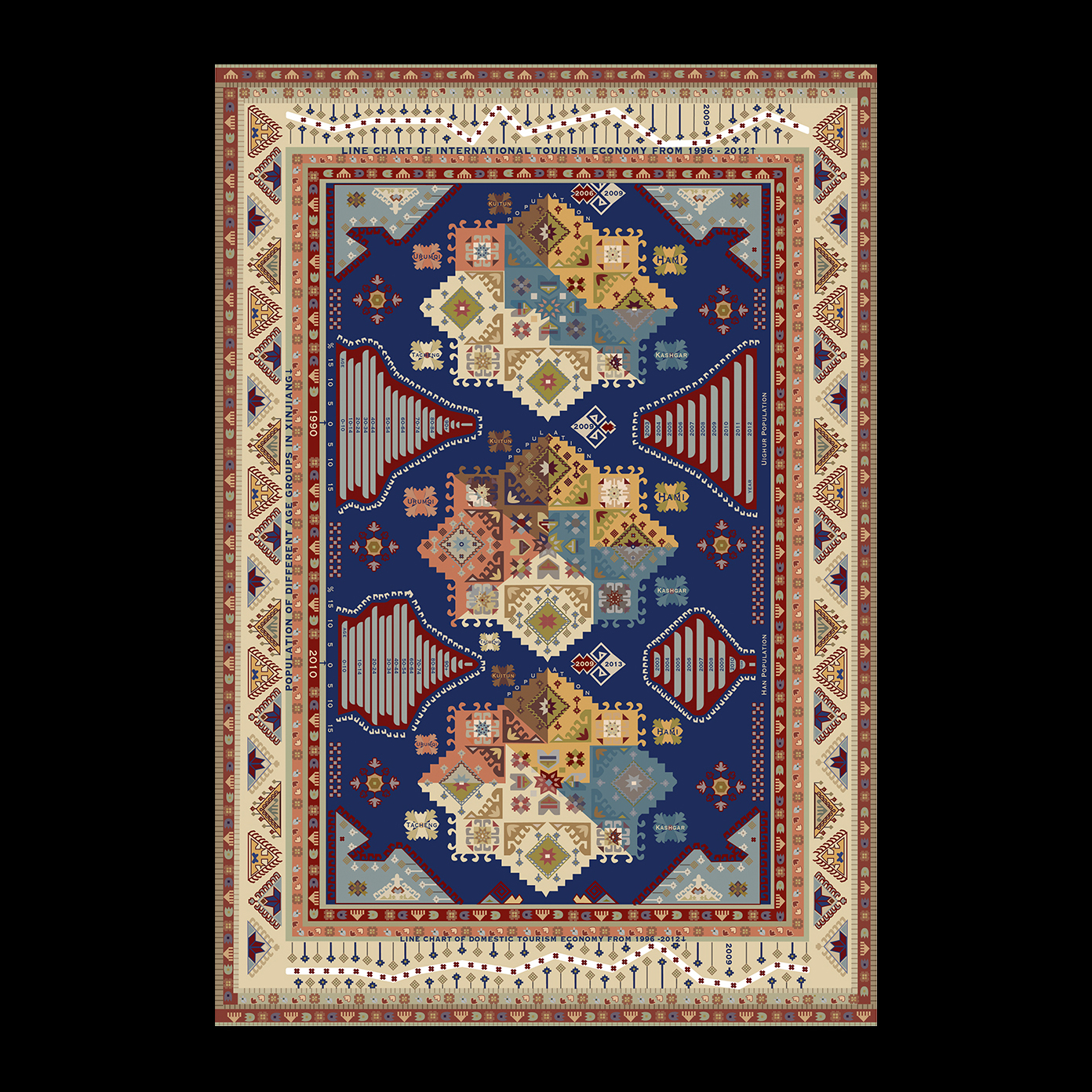 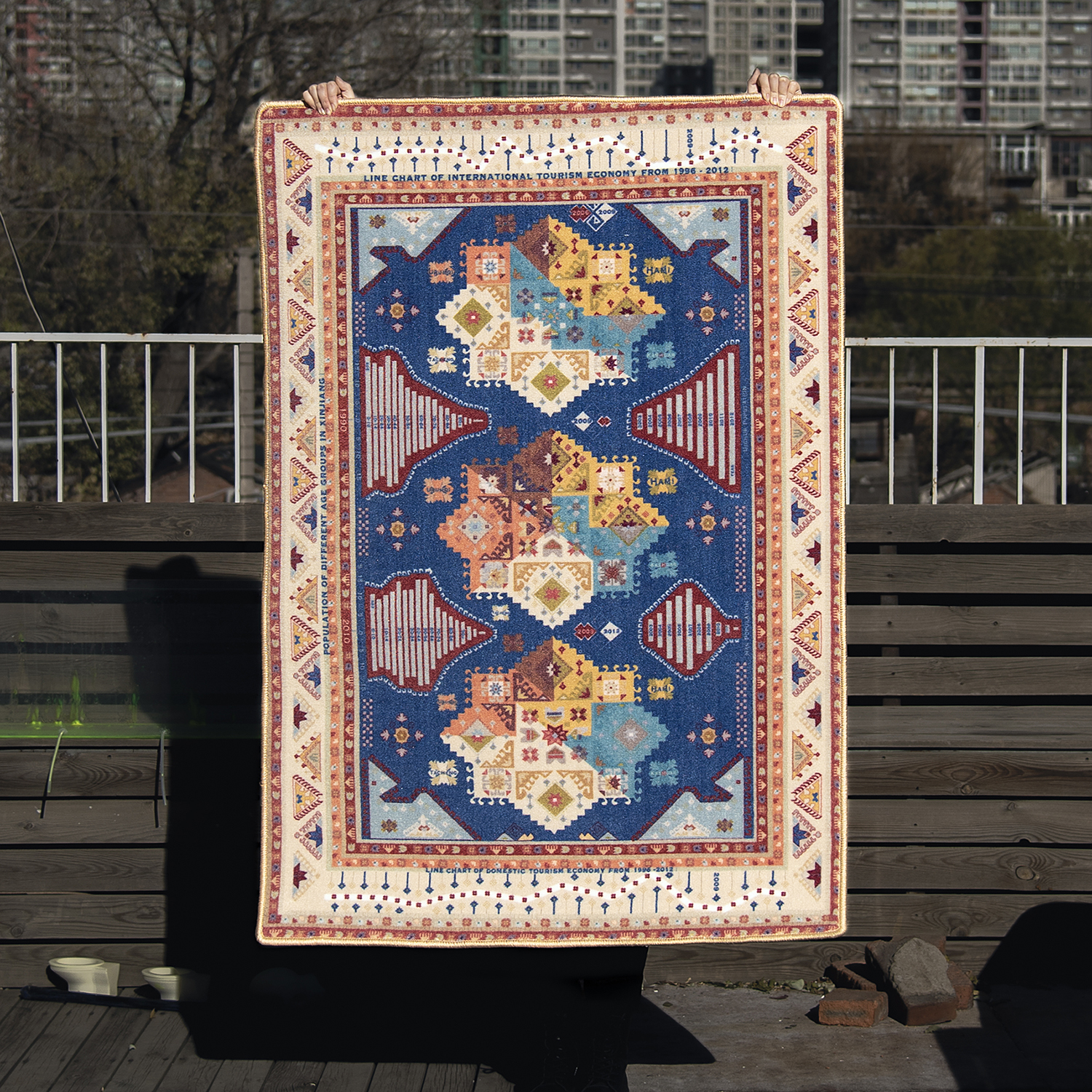 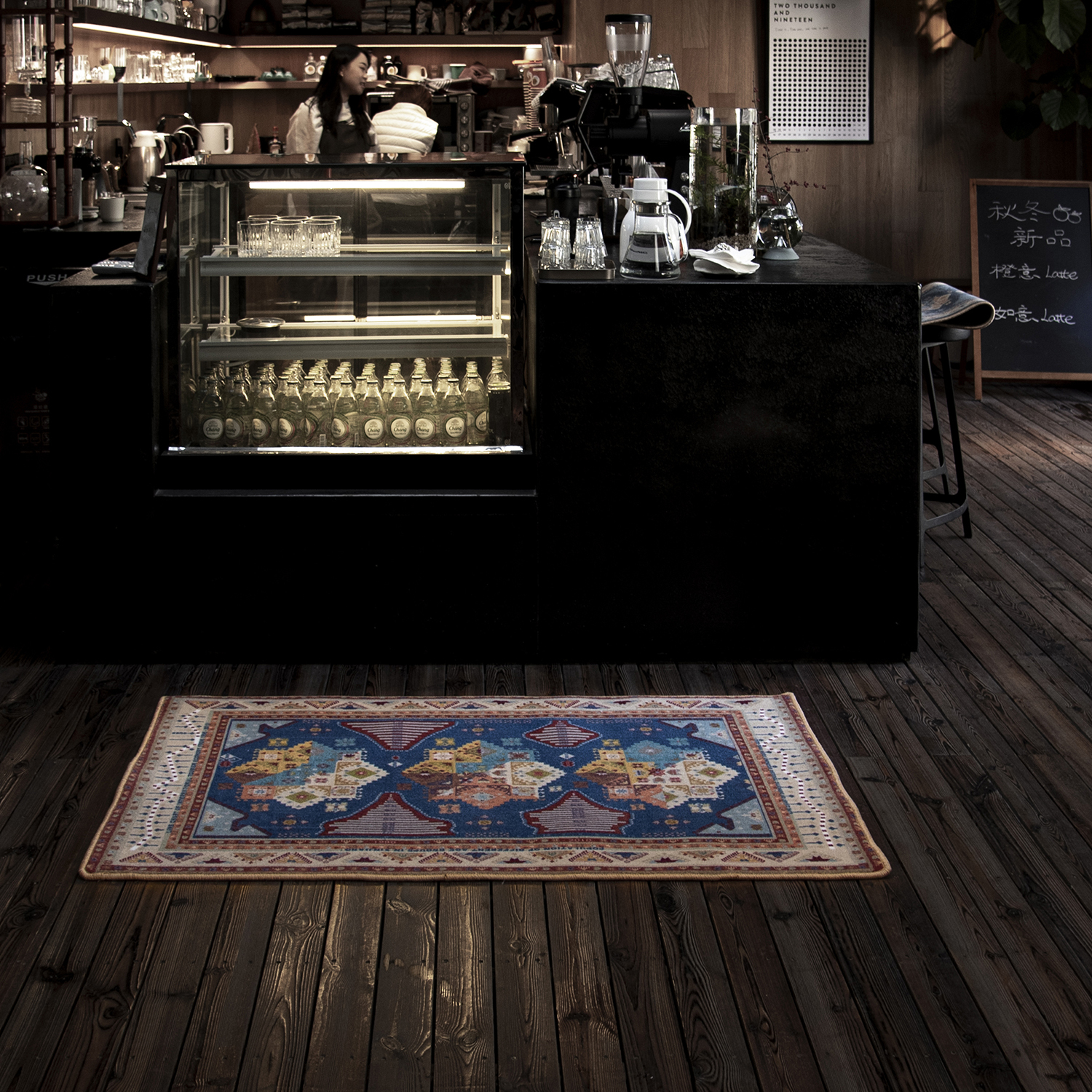 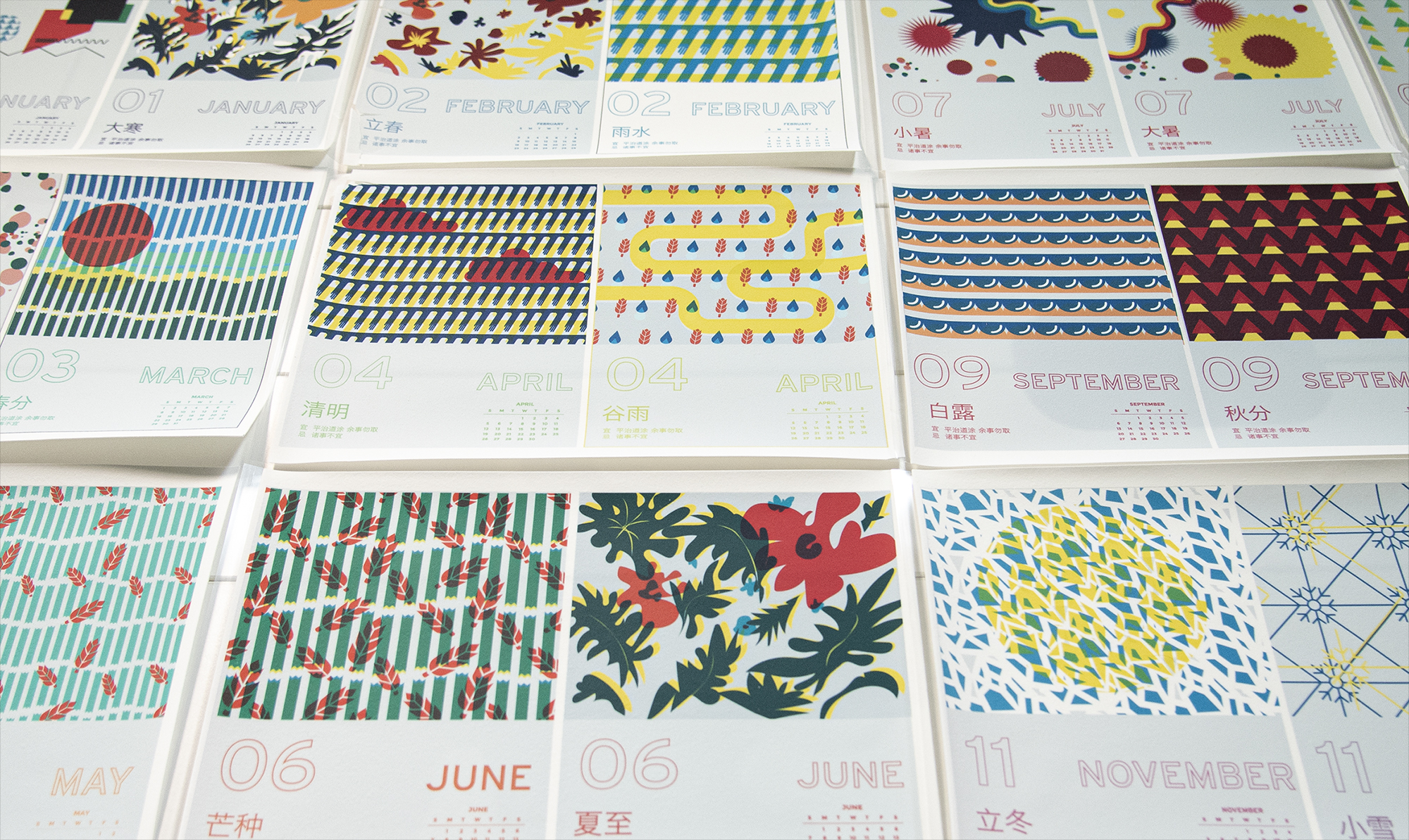 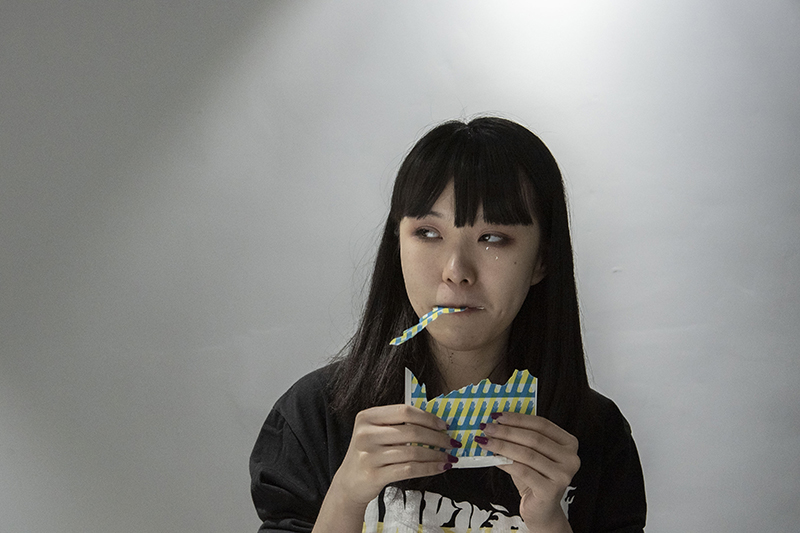 “We had been isolated for almost 2 months, but now we can finally go out and back to work!,” he says. “It’s such a hard time and heartbreaking seeing you suffering over there in US and people in other infected countries”

“So, I’m working as art director/teacher and have some new work: First one is an info-graphic and at the same time, a piece of carpet, designed to explain the impact that the 2009 Urumqi 7.5 incident had on SinKiang (especially Urumqi, the capital of SinKiang), in terms of tourism industry, population size, and the population structure in the province. However, rather than a conventional info-graphic, I decided to embroider the facts and hid them in carpet form, since those facts are quite sensitive in China. I cooperated with production designer Ziwei Huang on this one.”

The second is an edible calendar. “I want to establish a variety of somatosensory connections through the change of time. In this work, Solar Terms are represented not only through time, but also corresponding visual design and TASTES. Nowadays, the using of physical calendar is largely replaced by smart phone, so I aim to design a calendar in a new form, in a way of applying glutinous rice paper – a kind of edible material similar to paper. By giving flavors to it, it’s not just a calendar any more, but also a candy package. The traditional way of tearing calendar pages by hands is retained, because the sense of touching and tearing makes users feel the passing of time more intuitively, and creates a connection between time with taste, sight and touch.”

—–Spring, we have flavors that are more clear and bright, such as oolong tea, aloes, vanilla.
—–Summer’s flavors slightly turn to the sweetness of summer fruits, like peach and watermelon.
—–Fall is the harvest season, a sense of nuts and grains seems to be proper.
—–For winter, we got some cold and crisp flavors, from cold brew coffee, firethorns to mint.

Miao worked with designer Kangyi Cheng on this project.