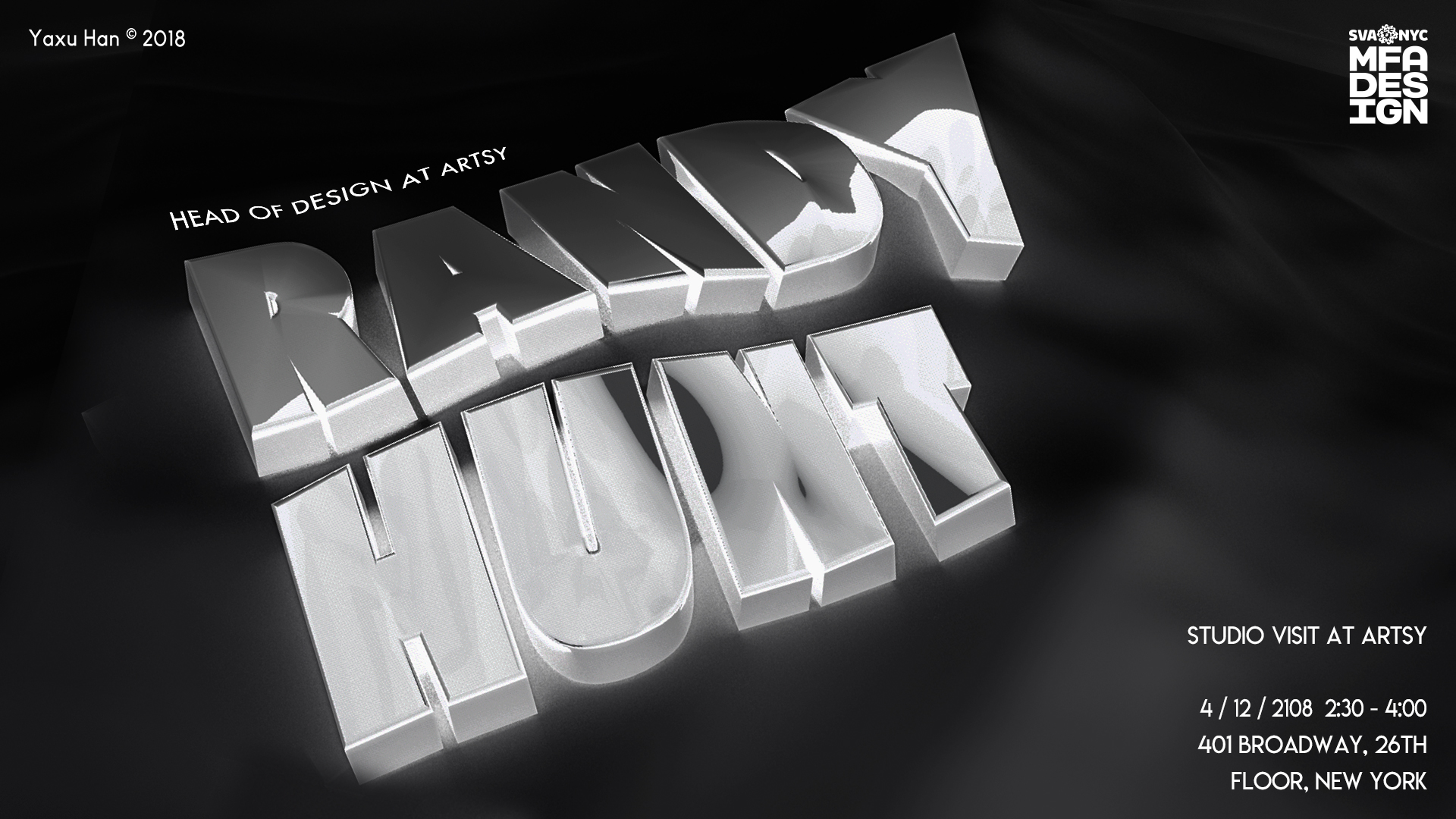 The final studio visit of the Spring 2018 is Randy Hunt, head of design at Artsy, an online resource for art collecting and education. Before that, he spent seven years at Etsy, where he became VP of Design. And before that he was a student in MFAD Designer as Author + Entrepreneur. Obviously we are very proud of him.

He did wonders at Esty when it was just a twinkle. Artsy is a space where art collectors and craft enthusiasts may be different communities, but In both cases, they need a community. ‘There were already people buying and selling handmade products online,’ says Randy.  “They were just doing it in forums like crafting enthusiast sites and posting their PayPal email address when someone would say, ‘Hey, will you sell me that?’ They’d say, ‘Sure, send me $30.’ Those basic mechanics were already happening and a sort of product and service was brought to that community, which then really like increased the velocity of the exchange and allowed the expansion of that community because it is so much easier to get involved in it.”