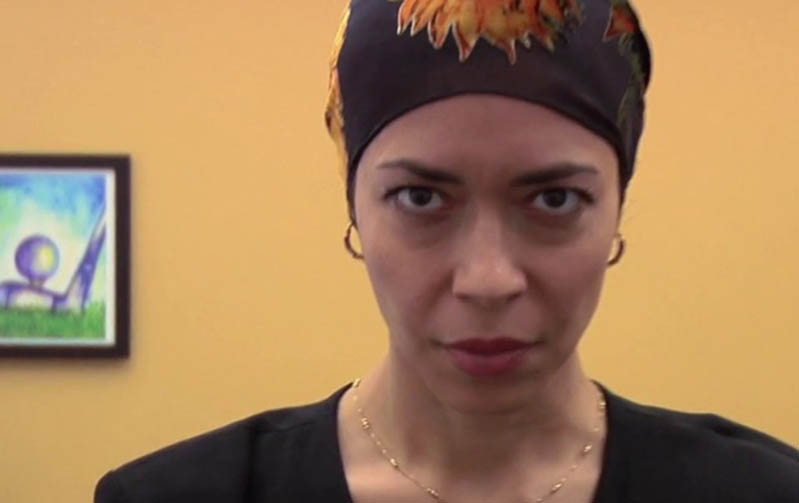 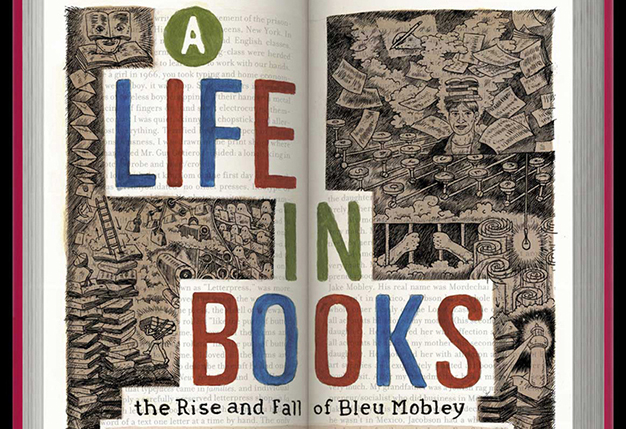 MFAD faculty member Warren Lehrer has just published his long awaited A LIFE IN BOOKS: The Rise and Fall of Bleu Mobley (2013, Goff Books), an illuminated novel written and designed by Lehrer. The novel includes 101 books within it all written by Lehrer’s protagonist—Bleu Mobley—who finds himself in prison looking back on his life and career. The novel pairs Bleu’s confessional memoir with a retrospective monograph of all his books which are represented by their first edition cover designs, catalogue descriptions, and selected excerpts (that read like short stories).

This short film is based on an excerpt from Bleu Mobley’s 41st book, “No More Mrs. Niceguy: Confessions of a Nice Catholic Girl.” In it, Paul Martinez, a dutiful, God-fearing daughter, wife, mother, and church member, is diagnosed with cancer. She soon discovers her own voice through the transformative power of hard-earned rage. Performed by Caridad De La Luz (a.k.a. La Bruja.) (above), written and directed by Lehrer. Filmed and Edited by Robert Winn.

Lehrer will read, show film clips and perform the novel at various venues including: